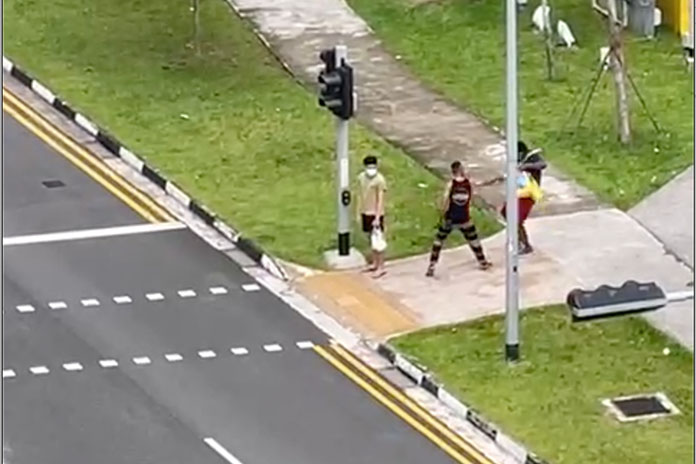 THE recent incident in Buangkok where a man armed with a sword ran along the road acting out a scene in his mind from Game Of Thrones, swatting at cars before launching an attack on a pedestrian, raises some concerns about how we react to threats.

Singapore is considered a safe place, a fact regularly impressed upon us and to the rest of the world, to a point perhaps we’re lulled into a false sense of complacency about our assured safety.

So, to see something bizarre like a sword-wielding man on the road becomes a matter of curiosity rather than alarm. In many other countries, that would be a sight to send people fleeing for cover.

But based on the videos of the incident making the rounds on social media, pedestrians went about their daily activities, watching the goings-on almost impassively, while patiently waiting for the lights to change in their favour. Perhaps they were furiously calculating — resulting in possible paralysis from analysis — the chances of the lights changing before the swordsman grew tired of slapping cars and went after less speedy targets.

It’s only when he switched attacks and targeted a pedestrian that the mental switch was turned on and the need for self-preservation and self-defence kicked in.

It was only a slip by the attacker that allowed him to be subdued by his intended victim, before more men nearby jumped in to immobilise the assailant.

Even after that, a group of adults and children who watched the takedown from a distance, eventually glided by, nonchalantly looking upon the pile of men on the ground, rather than giving the situation a wide berth. They obviously forgot the saying about curiosity and cats.

Have we become too smug about our safety that we are unable to spot a dangerous situation unfolding and act to safeguard ourselves?

Instead of finding safety, people here would rather go about their daily routine with minimal disruptions.

Has all that talk about safety and the many cameras keeping watch over us desensitised us to the state of our own well-being? Modern life is fraught with uncertainties that could strike from any quarter.

With a pandemic still in play, mental issues on the rise, a war in Ukraine compounding the economic situation here and adding to the stressful conditions of inflation and rising costs, and a government that assures us it’s looking after things, we live under a multi-edged sword of Damocles, which could cut us by accident, miscalculation or madness.

We should raise our levels of awareness to what’s taking place around us and be ready to react accordingly.