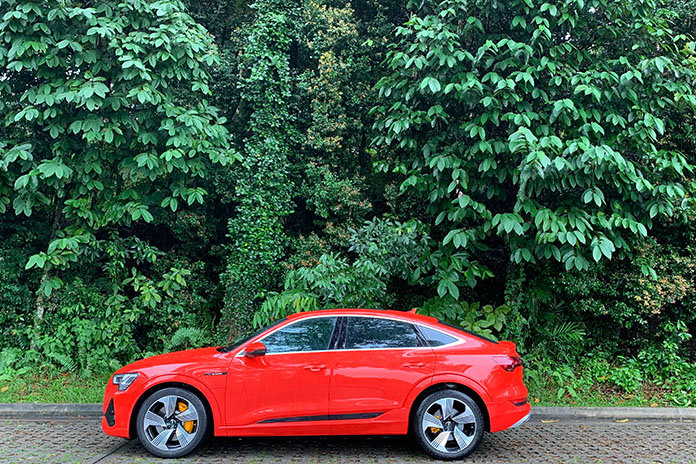 THE electric charge is on in a big way as more brands race to get new electric vehicles into the market.

As an interim approach to the eventual intended switch to autonomous vehicles, the current wave of electric cars will play a significant role in defining the shape of things to come. Manufacturers are introducing combinations of engines, many incorporating the internal combustion engine (ICE), to form hybrids that help to navigate the slippery slope from ICE to electric.

Audi adopted a more considered approach to EVs, making the leap later with its e-tron. While dealing with the main challenges faced by most manufacturers — battery size and weight, range, charging points and performance — Audi has had the benefit of being a smartly cautious entrant to this field. 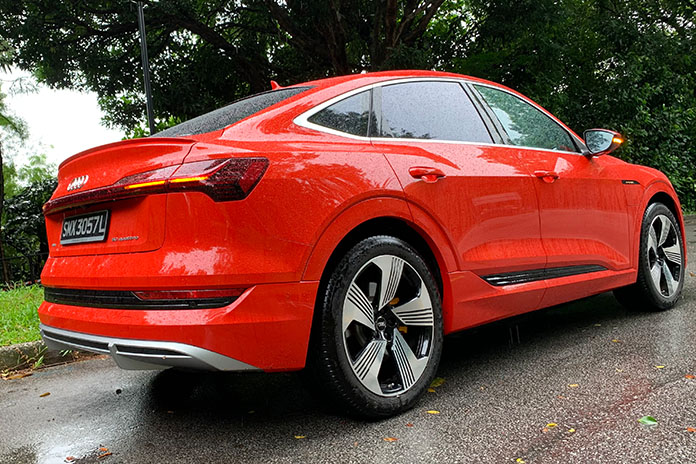 Hence, the e-tron debuted with less of the early uncertainty that BMW or Toyota faced with their introductory models.

And with the e-tron Sportback, the bar for luxury EVs is raised. With the same width and length as the ICE equivalent, the electric Sportback offers a profile that reflects its name. It’s an SUV with a sporty sloping rear that is both aesthetically and functionally effective — giving a racy shape and shaving off drag, thus enhancing performance and efficiency.

ALSO READ: 6G Technology Is Waiting In The Wings

Some of those racy looks are translated into performance as well.

Each axle of the e-tron Sportback 50 Quattro is fitted with an electric motor, which together generate 230kW and 540Nm of torque. So, it’s pretty quick, as you get from standstill to 100kmh in 6.8 seconds, in a silent charge. But it tops out at 190kmh, which seems to be the limit for many of the EVs.

When the e-tron S models are released down the line you can expect more dynamic handling and possibly a century sprint in under five seconds. 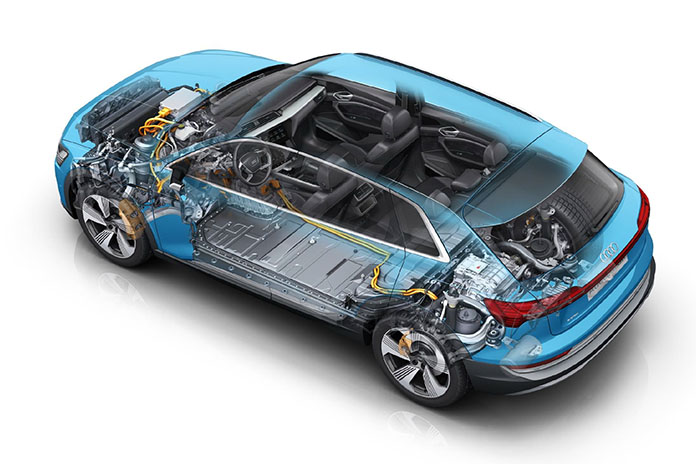 The low installation position of the drive components — in the centre of the Sportback — and a 50:50 load distribution, help to steady the SUV.

On the move, as it silently picks up speed, there’s still a slight rocking as it settles into cruising speeds. But, silence aside, you still get the feeling that you’re driving a car, which should cool the ICE-heads a bit.

The seven driving profiles allow for parsimonious use of energy, or energetic use of pace; and accordingly, your range is affected. The car tries to maximize whatever advantage it can manage. Adaptive air suspension varies the height of the car by up to 76mm, lowering it at higher speeds, thus improving the airflow and extending its range, which, at around 350km, is what you’d get with some smaller petrol tanks. 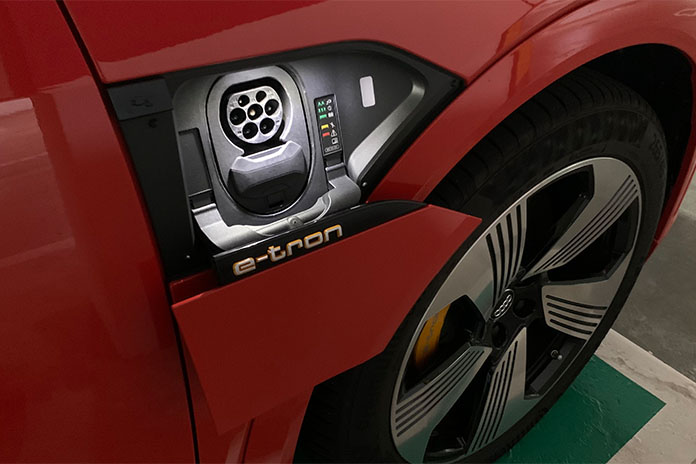 The range anxiety associated with long-distance driving in an EV is greatly reduced, though you’ll still have to plan your charging stops if you’re going up north, once COVID-19 is less of an impediment, of course. At fast-charging DC stations, you can get your battery up to 80% in around 30 minutes with the cable that is stored in the small stowage compartment under the hood. 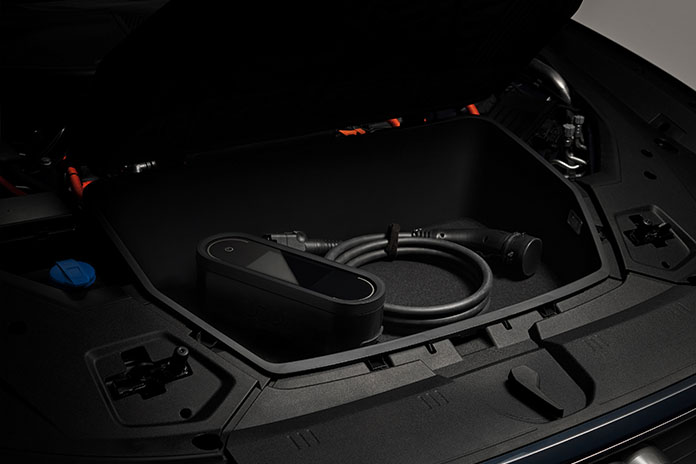 And if it’s AC charging, it will take longer, depending on the amount of source juice going through. Only issue might be trying to charge the e-tron kerbside as the charger is placed behind a sliding panel on the right side of the car, so nearer traffic.

Some locations where you may have to park nose in, reversing out may be a cautious affair for this 4.9m SUV. The e-tron retreats slowly, at a measured pace and you have several warning videos and noises to alert you of potential obstacles. This is probably better than the surge that accompanies some cars, since EVs don’t creep, like ICE vehicles do. 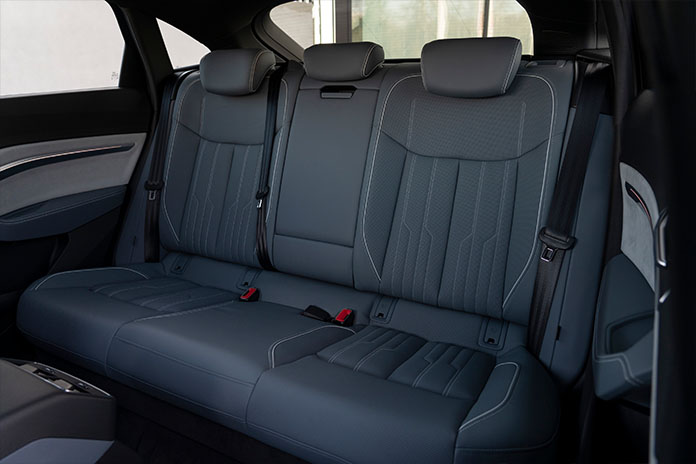 If you’re eventually ready for that long run up north, the interior of the e-tron is well put together.  Luggage space is generous — 615 litres – and if you drop the rear seats, up to 1,665 litres. Comfortable seats and good leg- and headroom at the back allow for relatively stress-free travel. The silence gives the sound system a better chance to be heard, or you can plug in your devices and do your own thing.

The connectivity offered via the reduced design language is excellent, allowing you to keep charged up front with the wireless charger and wirelessly connected to your devices, via controls on the sweeping dashboard of displays. 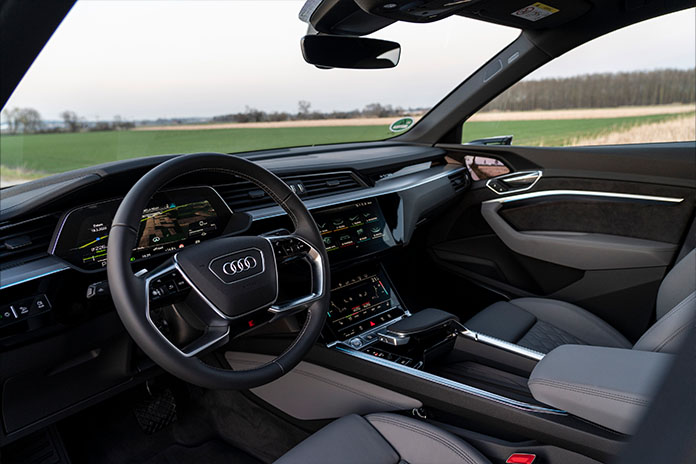 Sometimes, CarPlay can be a bit temperamental, and trying to remedy the situation on the move is dodgy on the large 12.1” touch screen. Beneath that, a smaller 8.6” screen completes the MMI touch response operating system. Facing the driver is the 12.3” Audi virtual cockpit plus, standard for the Singapore market with a variety of views to choose from.

The amount of personalization available will probably grow as more models roll out and people become more used to the driver assist systems that keep occupants protected. But  customers will have to figure out what they are getting for the extra money they are splashing out on certain models.

While the price differences are significant relative to performance, this electric vehicle segment is going to become more competitive as incentives are offered and the world demands more sustainable accountability.

See also  Poise And Power In The Mercedes-Benz CLS