THE BUSINESS of selling cars has been elevated to a new level of delivery.

No longer will static displays of limited models at a showroom or a car show suffice. The sales floor has been elevated to a major production with full model fleets and experts as well as a curated show.

And special deals of course.

And to be sold the latest in engineering and design, you’ll have to buy a ticket.

Audi has its Brand Experience on show till October 14, and it’s a major production designed to wow the visitor. Some 25,000 people are expected to gawk as Audi hawks its latest models in a slick display. 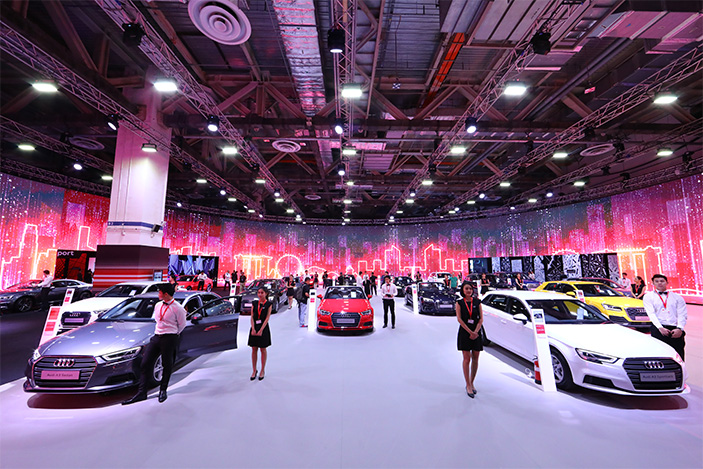 After the recent BMW World extravaganza, it’s the turn of Audi to lay down a bigger, brighter showcase.

Some 100 cars are on display, there is a huge array of screens in a circular corral and a car show that is impressive, not just for the presentation, but for the rolling out of new models and concepts.

Audi still feels it suffers from awareness issues, having been a relative latecomer to the Singapore market, after BMW and Mercedes-Benz.

“We’ve kicked things into gear just before 2011, but we are closing the gap,” says Rudi Venter, General Manager, Marketing for Audi Singapore.

Audi is going for the wow effect to draw customers into understanding the brand’s offering.

Things Are Getting Scarier

The Uncertainty Of The Middleman

Launching new versions of the Audi A8, Audi A6, Audi A7 Sportback and introducing the Audi Q8 and Audi e-tron range keeps the pressure on the customer with an eye on a German car.

The Audi Elaine takes a large step towards autonomous driving. This level 4 SUV coupe takes a lot of the chores out of the driver’s hands.

This is taken a notch higher with the Audi Aicon, a level 5 autonomous luxury sedan. 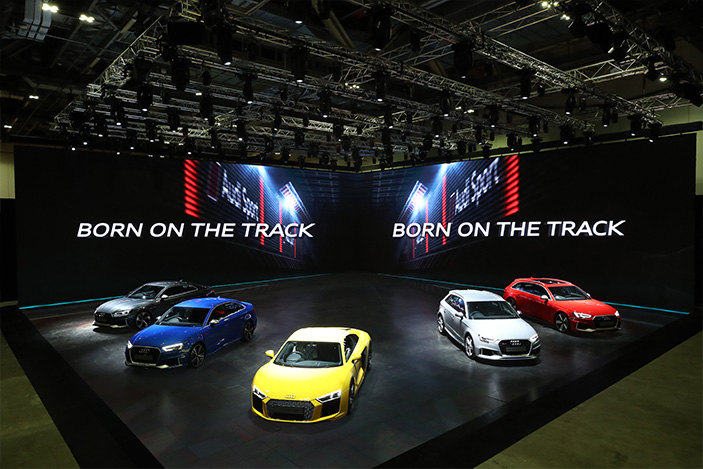 As a legacy brand navigating a disrupted global environment, Audi is aiming to use its strengths as a pivot to push into the future.

“We will keep up with the times, but not reinvent the wheel,” Venter says.

“Brands have made the mistake of trying to be an Apple or Samsung. It’s better to integrate technology well, so it benefits the user. We are looking at which technologies are better suited for the automotive experience.”

By avoiding the bleeding edge, Audi is taking the learnings onboard as it pushes ahead.

“There’s a lot of learning when you hold back a little bit,” Venter acknowledges. But he also reiterates that they will do things the Audi way.

Trust is key to the onward journey and Venter believes that Audi’s engineering background will serve it well in this regard.

But a lot of this will still hinge on how Audi connects with its customers. Those hooked on their mobile devices will appreciate the connected environment of the cars these days.

Audi is rolling out Function On Demand in Europe and US, presumably after the potential security threats have been eliminated. It mimics the behaviour of mobile phones, by offering apps with the car. By paying to activate these apps, users can further customise their drive or ride.

Tickets are available via the MBS Box Office, tickets start from S$9 for myAudiworld members and S$14 for public. Admission is free for visitors aged 17 years and below.

See also  A View To A Skill - John Klass