THE DEFINING characteristic of the next 30 to 50 years is going to be the term “acceleration”.

Almost every aspect of our lives is going to be accelerated and become more complex.

This is not a particularly new idea and it was reiterated by Mark Lautman, who was the keynote speaker at Keep It Going: the Nth revolutioN, organised by www.storm.sg.

“We are going to have an Nth exponent over everything,” Lautman predicted.

In his keynote, Our Superpower Needs An Overhaul, Lautman noted that nothing that we have learnt in the last 20 to 30 years works anymore. This is a profound statement as it suggests that we are coming to a stage when we can no longer map our future by drawing on our past. Change becoming exponential opens up a vast landscape of possibilities about the future, and suddenly more value has to be placed on the future than on the near or distant past.

“Things that are possible are unimaginable. When possibilities get bigger, the future gets more important and it has more value. As speed increases, the future is closer than it looks,” Lautman said.

To understand what the idea of exponential acceleration means, we need to take onboard a theory relating to acceleration that has been around for more than two decades. The Law of Accelerating Returns was first proposed by futurist Ray Kurzweil in his book The Age of Spiritual Machines, published in the midst of the dotcom frenzy in 1999.

According to the Law of Accelerating Returns, the rate of change in a wide variety of evolutionary systems, including the growth of technologies, tends to increase exponentially.

These developments reflect the Law of Accelerating Returns. The miniaturisation of the widgets that make computers work made them ideal for smartphones, making them just as powerful. “Your handheld device can do many things that your brain can’t,” Lautman noted. 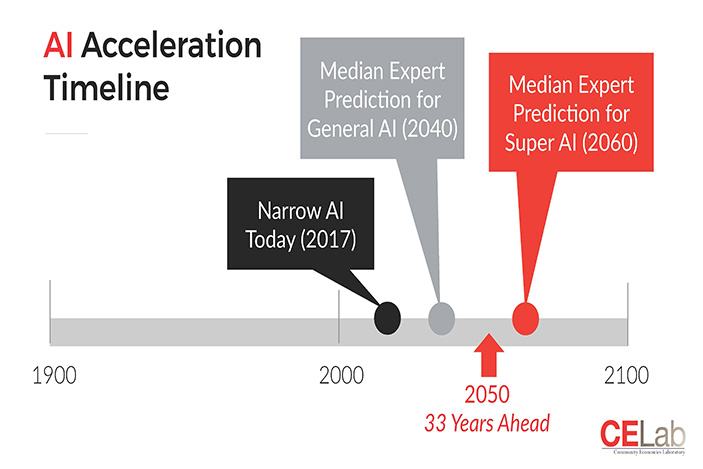 With more tools, knowledge and technological advances sparked by constantly evolving technology, it can be argued that the time it takes for the next paradigm shift in human existence will be even shorter and perhaps even more mind-boggling thanks to Artifical Intelligence (AI).

Other Articles From the Nth revolutioN

The Uncertainty Of The Middleman

It should be noted that Lautman is not a futurist. He has a very strong track record as an economic developer and seems a pragmatic bricks-and-mortar kind of guy. He designed and managed four economic development programmes in New Mexico, USA: Mesa del Sol in Albuquerque (2004-2008), Santa Teresa (1998-2004), Rio Rancho (1986-1998), and Grants (1983-1986). Under his direction, these programmes procured more than 80 corporate locations accounting for more than 23,000 new jobs, six million square feet of industrial space, and $11 billion in new investment.

About 10 years ago, he founded the Community Economics Lab, a not-for-profit think tank focused on developing new economic-development strategies. His consulting business is conducted under Lautman Economic Architecture. 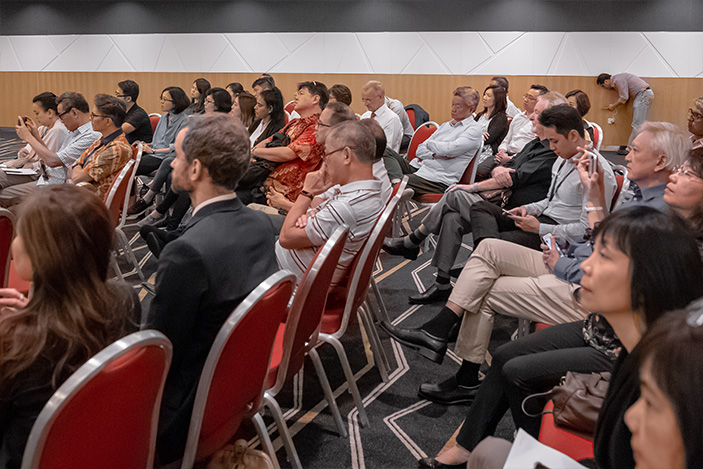 Unlike many in his field, Lautman factors in the inevitability of exponentially accelerating change when he thinks about economic development. There are many stumbling blocks.

“With the expansion of knowledge, things are going to get more complicated.”

He added: “When we learn new things, things don’t get more simple, they get more complicated. So, every system we are in is going to get more complex.

Further, there is always a natural resistance to change, especially within bureaucracies. “As speed goes up, so does the resistance. The faster things change the more bureaucracy is going to resist. It is just a fact of life. It is probably a good reason to have a revolution.”

Must-Read Books About The Future

Do You Feel Secure Being Watched?

In his area of expertise of economic development, Lautman is concerned that planning processes for the advancement of communities are not up to scratch amid exponentially accelerating change. He sees the absence of a coherent planning methodology or algorithm under this new set of conditions as the biggest problem. There are some countervailing forces such as AI and automation that are reducing the number of jobs required. They create new conditions for economic developers. 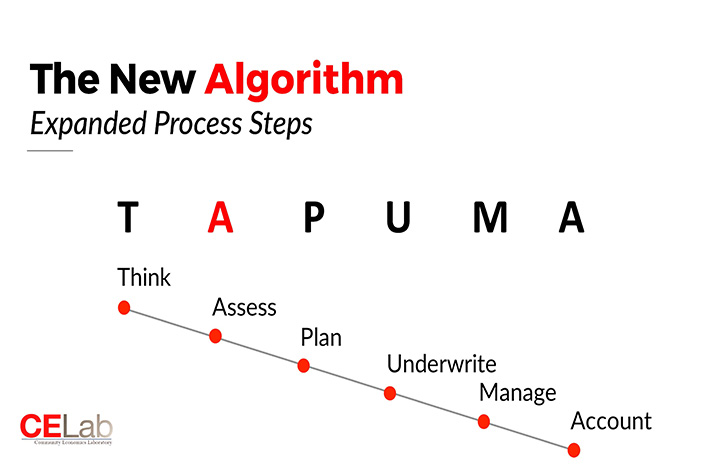 After years of mulling the issues, his think tank came up with an algorithm for economic planning called TAPUMA (thinking, assessing, planning, underwriting, managing and accounting) which he thinks anyone with enough political will should try.

The main takeaway from TAPUMA is that people need to separate the thinking, assessment and planning part from the underwriting, managing and accounting.

There also has to be unanimity from all stakeholders in the TAP stage before a plan can move to the execution or “doers” stage that is underpinned by the UMA part of the algorithm.

Further, the plan has to be prescriptive in that specific “Shark Tank” (a US TV series that combines reality show drama with venture capital investing) questions like “how many jobs are going to be added” and “what factors of production have to be addressed to produce potential job numbers” are addressed in a concrete, actionable manner.

Listening to Lautman’s keynote address, you got the impressions that here is a modern-day Albert Winsemius, who was Singapore’s economic advisor from 1961 to 1984, and played a major part in the formulation of Singapore’s national development strategy.

Just like Winsemius’ ideas would have been fresh and exciting to the economic planners of Singapore in the early days, Lautman’s new ideas and algorithm about economic planning will certainly be useful as the city-state looks for new sources of economic growth. However, the likelihood of resistance to change may mean that Lautman’s ideas could be too difficult for Singapore to grasp as it clings onto the methodology of the distant past.

As Lautman noted, that is probably a good reason for a revolution.

More reports on Keep It Going — the Nth revolutioN in the coming days.