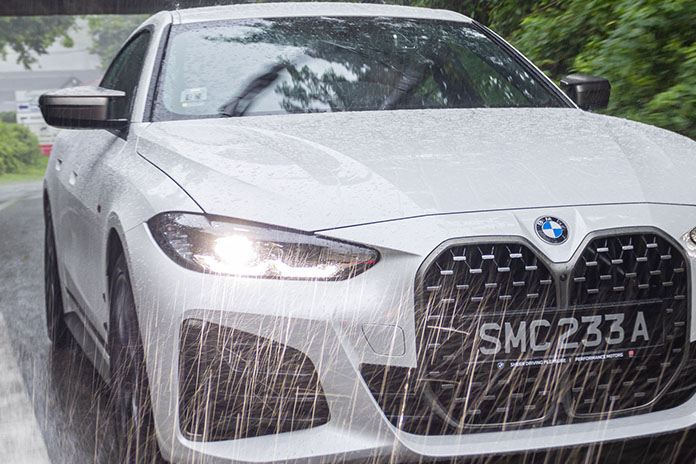 THE announcement of BMW handing its second official dealership in Singapore to Eurokars Auto (EA) raised more than an eyebrow in motoring circles.

Performance Motors Limited (PML), has been the official BMW dealer for more than four decades, but has, of late, seen its hold on the sole dealership challenged by the principal.

PML had the M cars taken away for a while before it was brought back into the fold. And MINI, another BMW brand, was launched with PML before being handed over to Eurokars Habitat, another company under Karsono Kwee’s Eurokars Group of companies.

With BMW in the EA garage in Singapore, the new dealer will represent the full range of BMW Group vehicles — Rolls-Royce, MINI and BMW — except for the motorbikes.

All the curated public relations statements from the involved parties about this new arrangement speaks volumes about what is not being stated.

The showroom for EA is at 11 Leng Kee Road. The main showroom for PML is around the corner at 303 Alexandra Road.

What’s the point of having two dealerships so close together?

Singapore is a small island and it often leaves me wondering why any luxury brand would need more than one outlet on this well-networked island. It imposes unnecessary strain on the operating expenses of the dealer — rental, staff, inventory — and all for the sake of…convenience?

The weakening retail sector, the pandemic and online shopping have put that into clearer perspective for mass market brands. Other than keeping landlords happy, there’s not much to be gained.

Luxury and premium brands, however, have seen a rise in business as money that could not be spent during the pandemic found new uses.

But, you don’t need to be informed of a luxury brand if you’re in the market for it. You know what you’re after. Though you may want to get a better price for it. In which case having them close to each other would be convenient.

Both BMW dealers are allowed to sell the full range of BMW cars and set their own prices. A price war would be unnecessarily bloody and wouldn’t help the brand’s reputation. And if it’s apples for apples, which barrel would you pick from?

So, is it the intention to win more customers over through Eurokars Group’s connections. It currently represents Porsche, Mazda, McLaren, MG and Pagani. A good spread of brands across various categories with potential customers for BMW cars.

But cannibalising its customer base is not going to be helpful in Singapore’s unique national car management system.

It’s not as if BMW can sell heaps more cars with another dealer. With Singapore’s land constraints, the Land Transport Authority has maintained a zero growth rate for cars until 31 January 2025. It’s a glass ceiling that restricts the number of cars that can be sold. So, it’s not as if the sky’s the limit as far as selling new cars goes.

The expensive Certificate of Entitlement (COE) which car buyers have to bid for is limited to a small number each month, and is valid for 10 years.

With the increasing emphasis on electric vehicles and autonomous vehicles what will be the fate of car companies in time to come? Many have been adapting to the changes, but it’s been an expensive process for the dealers to manage the expectations of principals who want to sell more year on year.

Maybe Singapore is a good place to test out theories. Demand is limited. People have cash and are ambitious. There is an appreciation of luxury, or at least the willingness to spend money on it. There’s new money coming in courtesy of wealthy individuals keen on parking their funds here.

In this small market you are limited in terms of the number of cars you can sell, which is a small fraction against the global sales figure. If things don’t work out, it’s less complicated to return to the drawing board.

See also  MINI ONE With More Doors For Your Buck