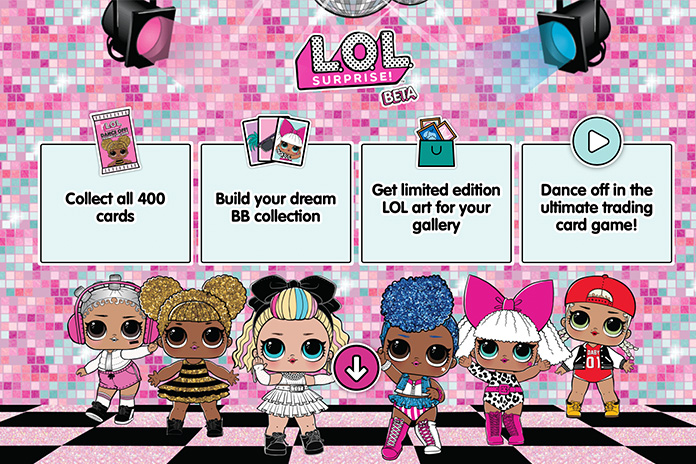 BUSINESSES bring their client base with them when they explore new territory.

Futurist, author and metaverse expert Cathy Hackl has highlighted the lack of an official definition for the term “metaverse”. Cathy expects that metaverses will enable the convergence of our digital and physical lives enabled by Augmented Reality (AR), Virtual Reality (VR), 5G and decentralised ledger-based technologies such as blockchains.

For example, gaming and VR platforms have enabled virtual-to-virtual transactions and interactions, they may now act as ramp-on technologies for the new paradigm of virtual-to-physical business models.

L.O.L. Surprise! Have issued packs of cards with QR codes, each unlocking a different virtual experience, but the company has yet to unlock this new avenue at scale.

Cathy anticipates virtual-physical interactions will alter the customer journey and purchase points; this could entail purchasing physical items in a virtual space. NFTs for example have been seen as expensive jpegs, but in reality they are proof-of-membership. The futurist imagines private NFT clubs where only NFT holders can make reservations, this type of venue could be used for business meetings and social functions.

People that purchase NFTs are making a bet that its value will appreciate. This may not always be the case, but successful bets will be very asymmetric.

Business Opportunities With A Difference

The metaverse will offer businesses an opportunity to rebrand themselves, as with L.O.L. Surprise!, offering a virtual extension of their physical products.

Physical goods offered by companies don’t necessarily need to be replicated in the digital world, if anything to avoid over-sharing of IP, but also as an opportunity to test previous assumptions on new business models. New metrics will be needed to gauge market penetration, Cathy notes, likes and shares are devalued in a world heavily populated by bots.

Successful projects in the Web3 space such as the Bored Apes have sustained themselves through community development, thus community metrics will likely become more valuable, derived from those who are willing to hold their membership for the long-term. It may be wise to develop such a community, such as a Twitter or Discord following, before releasing such virtual products to generate interest. But hype trains alone cannot sustain interest, and Cathy notes that such fad waves should be ignored.

“Be more like Apple,” she says. They followed their own pacing and created the concept of the modern smartphone, rather than chasing their competitors down other dead ends. Extra time and attention to detail may help to unravel the additional data and privacy issues that will emerge alongside the transition to our digital presences.

Now, the perfect example of how jumping the gun does not guarantee success.

Mark Zuckerberg’s metaverse has struggled to find and maintain users. Meta’s Horizon Worlds features 10,000 explorable worlds, however since its February release only 9% of them have been visited by more than 50 users, most did not return after the first month of visiting and even the employees are bored by their own creations. To date Mark has spent billions of dollars of his own net worth – just to get a head start in the metaverse, but the rushed Facebook pivot has struggled thus far.

Many tech-related industries such as crypto and modern gaming suffer from the affliction of releasing unfinished products. Look at those pages in history (Destiny, Cyberpunk 2077) and you’ll see that hype could not sustain these half-finished masterpieces. Meta’s Oculus VR headsets thankfully have other uses to keep people engaged.

Emma Ridderstad, the CEO of Warpin Media, an immersive technology solutions company, spends much of her time connecting businesses with their metaverse ambitions. She imagines the metaverse as the transition of our smartphone and computer-based activities into an immersive, 3D environment through AR and VR. The metaverse equivalent will be richer and engage more of our senses.

During the premier of the new Star Wars film in Japan, H&M designed a booth in one of their Tokyo stores in which people could don AR glasses that they could use to customise plain black t-shirts with personalised designs that could then be printed and taken home. We will also be able to purchase and customize NFT garments based on physical clothing and accessories for our avatar counterparts.

Physical-virtual interactions allow users to try out merchandise and take brand immersion to new heights. Ferrari shoppers can access an additional VR-layer when touring their showrooms, as they walk around the cars, they can see accurate and detailed visuals of the engines and braking systems.

One of Emma’s clients, a whiskey company collaborated with an airline to create a new cocktail. The customer VR experience jets them to Scotland where they visit the distillery and go through the process and facilities of making the whiskey; when they take off the glasses the cocktail is ready for them. The VR experience, not being restricted to purely 2D advertising, will offer customers a greater level of detail about their purchases.

Both Cathy and Emma anticipate the way the metaverse will change not just the way we work, but also the idea of what work is and how it should be done. Cathy suggests we look to gamers for the clearest depiction as they lead the way in the hybrid digital-VR space. She also believes businesses should consider hiring crypto natives, those that have been engaging with Web3 products for some time; a distributed set of skills will surely be needed to properly flesh out a metaverse.

Emma anticipates we will be training people for jobs in metaverse, which will enable higher retention while saving on the costs of physical training. Simulators are already commonplace in industries such as aviation and Formula 1, but purely virtual training could be useful for all manual jobs such as F&B. When implementing such practices, Emma recommends the policy of “think big, start small and test often. The technology should be used to solve a problem the company already has.”

She believes the technology should build bridges between people, making it easier for us to work with empathy and creativity and hence businesses looking to hire a metaverse-focused team need more than tech experts. Emma recommends hiring people that can help craft a safe and secure metaverse space people want to be in.

Institutional interest in crypto and Web3 is quietly brewing in the background, visible on the blockchain for those willing to check. Central Bank Digital Currency and Metaverse projects are popping up left right and centre.

JP Morgan have constructed a manual for those who remain unconvinced or who don’t know where to start. Their bottom line — you shouldn’t wait — the current economic downturn is the perfect time for those with capital to innovate, build and test new ideas.