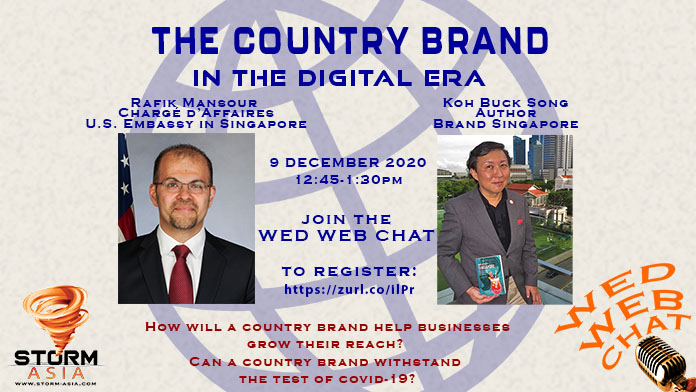 OUR perception of a country’s role in the global scheme of things is often predicated on its actions — walking its talk — and what it has delivered.

The US News & World Report has its own set of ranking based on a model developed by BAV Group and The Wharton School, and based on a survey of 20,000 people worldwide. The key attributes of each country were grouped into nine sub rankings: Adventure, Citizenship, Cultural Influence, Entrepreneurship, Heritage, Movers, Open for Business, Power and Quality of Life.

Countries tend to be known for certain industries where they have significant global reach. China is known as the manufacturer of the world and has been investing heavily in building infrastructure other countries. Japan is known for its refinement. India seems to dominate the IT and financial sectors but has also spread its soft power courtesy of Bollywood. South Korea has also taken it’s K-wave to great lengths.

England’s football clubs and universities, and of course, the language, are globally acknowledged. The USA is known for its consumerism and Hollywood. Germany its cars.  Singapore has built a reputation for its safety and science.

But, for every positive attribute there are negatives as well. And COVID-19 seems to have trained the spotlight on things that haven’t worked too well.

Put The Brand To The Test

Singaporean author Koh Buck Song has just released the 3rd edition of his Brand Singapore, with a subtext: Nation branding in a world disrupted by COVID-19. How nations handle the pandemic will serve as a key benchmark as this decade rolls on.

What role will branding play in a nation’s fortunes in the post-COVID-19 digital era?

Koh is joined by the US Chargé d’Affaires Rafik Mansour in this week’s WED WEB CHAT — The Country Brand In The Digital Era.

Mansour is a career diplomat, arriving in Singapore in July 2019 following a stint at the US Embassy in Yerevan, Armenia. In his current role, he oversees the 24 US government agencies represented in Singapore.

He is a recipient of numerous Superior and Meritorious Honor awards from the State Department, and also speaks Arabic, Russian, French, Italian and Creole.

Koh has authored 36 books, and counting, and has been closely involved in the nation branding of Singapore. The former journalist has advised foreign governments on brand building, soft power and bilateral relations and has spoken at many international conferences on the topic of Singapore’s global image.

Expect a discussion that will traverse a fair amount of terrain.

This is the last WED WEB CHAT for 2020. The series has been running since June this year, covering a variety of topics. You can see past discussions at this link: https://storm-asia.com/category/wed-web-chat/

WED WEB CHAT will return in 2021 on the 1st and 3rd Wednesday of each month (unless it’s a public holiday), in the same time slot. Do let us know if there are topics you would like discussed, for our consideration.