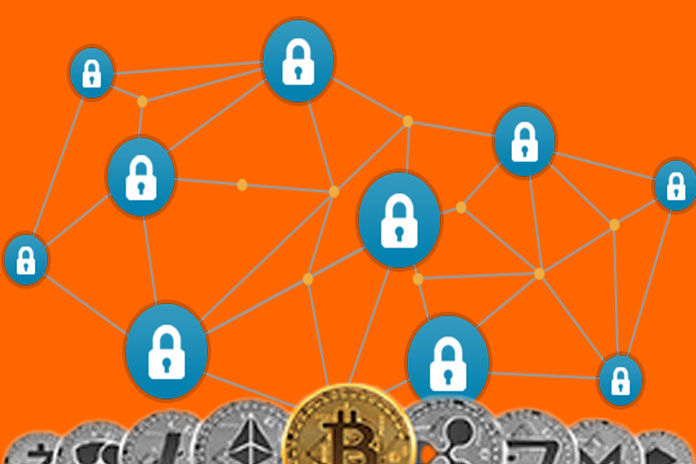 ARE you confused by cryptocurrency?

You’re not alone in thinking this rapidly evolving digital currency is mysterious and dangerous, if you believe what you read. But, the concept is quite simple.

Just think of cryptocurrency as tokens that you might use in a games arcade. To play the games you must first exchange a certain amount of real-world currency for tokens which are accepted by the machines. The concept is similar to how cryptocurrency works.

Cryptocurrencies differ from other forms of legacy digital payment methods, such as Visa or PayPal, in that they remove the middlemen from all transactions.

When you buy a meal at a restaurant using your credit card a financial institution exists between you and the business with the power to stop the payment, pause it, or record it in a private ledger. There are also charges in the form of late-payment interest or credit card membership charges. But unlike real-world currency, cryptocurrency transactions don’t depend on banks or other middlemen to monitor the transactions made between individuals.

For instance, if a user spent 1 Bitcoin, each computer network will update the ledger independently, making the record irreversible. This technology that makes cryptocurrency work is called blockchain technology.

Blockchain, which is by now widely known and used by lay people in everyday parlance, was the buzzword during the initial years of cryptocurrency and was built primarily on the Bitcoin platform.

DeFi is an umbrella term for many kinds of financial applications that focus on disrupting financial intermediaries.

Traditional centralised systems using human gatekeepers serve to limit the speed of transactions. What DeFi effected was to extend the use of blockchain from simple value transfer with no middlemen, to more complex and sophisticated financial operations. Cryptocurrency loans, insurance, crowdfunding, and derivatives now became possible, which is where the crypto industry is now currently consolidating.

Ethereum smart contracts enabled the rise of ICOs or Initial Coin Offerings, the tokenised raising of funds for start-up projects. The first ICO project in Singapore (DigixDao) was in March 2016 and raised several million dollars. Over the years, increasingly larger ICOs came to market, culminating in the largest being concluded in late 2018 — the EOS ICO that raised USD 4.2 billion.

The ICO craze reached its peak in 2018 but by then had been marred by misconduct and a growing number of scams with bad actors taking advantage of the crypto ecosystem. White papers were plagiarised and projects copied shamelessly; meanwhile unrealistic promises of high returns were made to the investors.

In the second quarter of the year 2019, the Initial exchange offering (IEO) was formally introduced to the world by the Chinese blockchain Binance. IEOs followed the same crowd funding methods as ICOs but were launched through centralised cryptocurrency exchanges. IEO projects were vetted more carefully as compared to ICOs as centralised exchanges were capable of greater due diligence.

Some of the popular exchanges like Binance, Huobi and KuCoin underwent stringent due diligence checks. With the higher barrier to entry, and with the high liquidity and funding requirements introduced by these popular centralised exchanges, the result was that fewer IEO project launches emerged as compared to ICOs.

ICO investors were having problems getting their tokens listed due to the lack of exchanges to deal with the growing number of ICOs.

These limitations gave rise to the next evolution of DeFi, Initial DEX Offerings (IDOs). With the growing concerns about listings and the increasing popularity in decentralised exchanges (DEXes), Uniswap was launched in 2018 which allowed anyone to list new tokens on such platforms without any restrictions by virtue of a decentralised pool.

The first IDOs were introduced to the market in 2019 and became very popular by 2020. IDOs may be said to be the successor of ICOs and IEOs.

IDOs aim to raise funds through listings on decentralised Exchange (DEX) platforms. Tokens were put up on DEXes at a specific price from the liquidity pools and were then available to traders to purchase through swaps. One problem with the first IDOs, however, was that the initial low prices were over within just a few seconds and most investors were not able to buy them, which seemed unfair.

By 2021, IDOs evolved even further with the emergence of IDO launchpads. For IEOs, the centralised exchanges would vet projects and conduct token sales, but with IDO launchpad platforms, projects are required to open a liquidity pool. For projects that have met the launchpad requirements they would then be allowed to launch their IDO. Tokens are immediately listed in DEXes (e.g., Uniswap, Sushiswap and Pancakeswap). 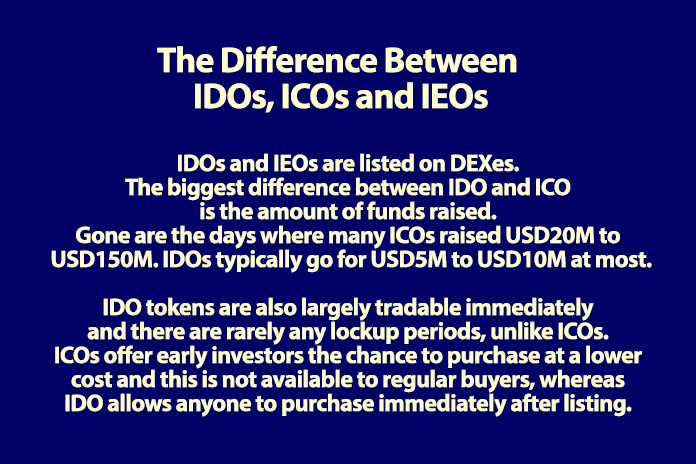 A further evolution of DeFi is microlending. The traditional financial system is biased towards the wealthy and perpetuates wealth inequality by making it harder for lower-income people to qualify for ordinary bank loans. In a market that is not effectively served by traditional finance, there existed an enormous opportunity for creating decentralised lending platforms. In recent years there has been an increase in alternative financial services like microfinance and peer-to-peer lending platforms which offer greater transparency and accessibility.

This was seen in the developing world especially, where microfinance institutions emerged to provide small loans of less than USD1,000. Decentralised finance has made it possible to offer previously exclusive services to the wider public to virtually anyone with a digital wallet.

Certain crypto borrowing/lending platforms emerged to lead the market including Compound, founded in 2017 in San Francisco, which was followed two years later by Maltese-based Venus, which is owned by Binance.

The chief problem with many of the incumbent DeFi/CeFI microfinance platforms was that they required excessive collateral from users in return for loans. They also charged high platform fees whilst providing subpar returns. There then came an opening for newer Microlending platforms which would provide investors with so-called ‘frictionless’ digital asset borrowing and lending — in other words access to loans without the high barriers to entry.

Meanwhile, binary options aim to simplify complex options trading systems and allow users to generate wealth whilst decreasing their capital exposure to the volatility of the crypto market.

As DeFi products became increasingly sophisticated so too did the fraudulent schemes of criminals and bad actors. In April 2021, the DeFi protocol EasyFi reported a hack of over USD80 million. EasyFi’s founder Ankitt Gaur reported that the hacker had transferred out 2.98 million EASY tokens worth around USD25 apiece at the time, for a total of around USD80 million. The year before, DeFi Lending Protocol bZx was hacked twice in a matter of days resulting in losses of USD954,000.

Alpha Finance’s loss of over $37 million due to a series of flash loans launched on Alpha Homora V2, its leveraged yield farming and liquidity protocol, revealed the sophisticated lengths to which fraudsters and manipulators would stoop in creating clever arbitrage swindles. The perpetrators borrowed millions of stablecoins from Cream Finance’s IronBank, doubling their loans after every succeeding one. The funds were then lent back to IronBank, giving them stablecoins in return, which allowed them to manipulate their value for profit.

Companies like Magna Law Corporation in Singapore advise ordinary investors to keep hot or cold crypto wallets because the risk of being scammed is lower due to the unusually long string character password key. It also has a feature that disables access when disconnected from the internet. Individuals should approach approved cryptocurrency service providers that are compliant with the MAS Payment Services Act.

The Law Is Catching Up

In the event that you are scammed all is not necessarily lost. Law firms work with law enforcement to attempt to recover stolen funds and bring perpetrators of crypto fraud to justice. The regulatory framework for cryptocurrency may be less rigorous than for conventional finance but that situation is changing for the better as governments crack down on errant actors and put measures in place for exchanges to operate within sovereign countries.

With hackers resorting to increasingly ingenious methods of cracking and defrauding DeFi exchanges and loan platforms the onus fell on platform originators to devise much better security protocols. 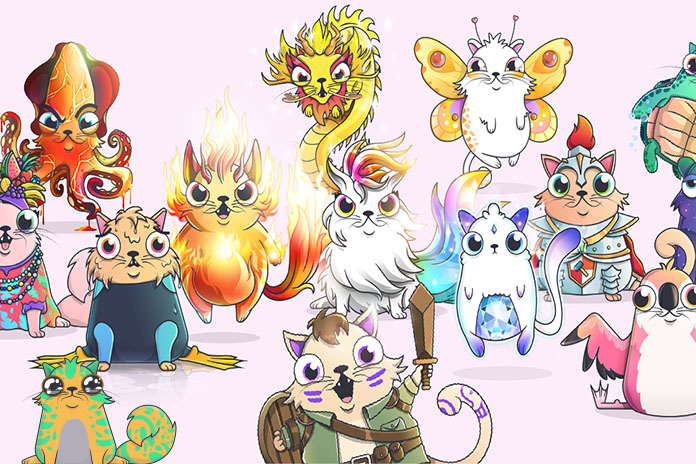 In recent years the crypto market has taken unexpected turns in what may seem, to the layman, to be quite bizarre territory indeed. In late 2017, the crypto world was overtaken by CryptoKitties mania. CryptoKitties is a blockchain game on Ethereum that allows players to purchase, collect, ‘breed’ and sell virtual cats online. It is described as one of the earliest attempts to deploy blockchain technology for recreation and leisure.

If digital cats aren’t bizarre enough, in March 2021 a Singapore-based crypto fund founder Vignesh Sundaresan (known as Metakovan) purchased a digital collage by the artist Beeple at a Christie’s auction for the staggering sum of USD69 million (S$93 million) worth of cryptocurrency!

Both the CryptoKitties and the digital artwork are assets which are known as Non-fungible tokens (NFTs). If something is “non-fungible” it means that it’s unique and can’t be replaced with something else. A bitcoin is, on the other hand, “fungible” — if you trade one for another bitcoin you’ll have exactly the same thing.

A unique trading card, or a work of digital art, however, is non-fungible, it’s one-of-a-kind.

NFTs can be extended to anything that can be created, more or less. NFTs have even been extended to the music industry. Popular US artists The Weekend and Kings of Leon have been amongst the first to create NFTs of songs or albums.

My own company Technicorum has created an NFT concert for Swedish singer Ani Connor. The NFT featured a live-streamed performance of Ani’s song “Blue Sky Pitch” on June 16, 2021, which was also the date that the NFT auction went live on OpenSea.

With the evolution of NFTs it was inevitable that they should extend beyond collectible digital assets and into the realm of commercial products and services too. In future, investors can use them as collateral in the DeFi lending ecosystem and in the future they can also represent more complex financial products like insurance, bonds or other options.

Despite the twists and turns and often confusing terminology of the crypto world, cryptocurrency has continued to rise to new highs recently and is fast gaining recognition and acceptance by Singaporean investors and speculators.

One recent study showed that over 40 percent of Singaporeans own cryptocurrency, with 66 percent owned by the younger generation.

The recent hike in the number of people trading and their preferences for paying for goods and services in crypto has driven banks, financial institutions, and the payment space to begin accepting this global trend.

Singapore’s authorities have already committed to adopt blockchain technology and cryptocurrency. Singapore offers a balanced regulatory and strong legal framework and environment for Fintech companies. The Monetary Authority of Singapore (MAS), Singapore’s financial regulatory body, believes in regulating the cryptocurrency ecosystem to monitor risks associated with crypto activities like money laundering and terrorist financing. At the same time it actively explores opportunities for cryptocurrency technology and innovation which support the local economy.

The cryptocurrency market is constantly evolving. One of the many advantages of blockchain technology is that it could help the government achieve smart national goals in digitisation and security due to the nature of blockchain, which is immutable and it is near impossible to commit theft or fraud to the distributed ledger itself.

Singapore has emerged as a cryptocurrency hub in Asia and encourages companies to experiment in the blockchain space. My company, Technicorum, works in active partnership  with government agencies to equip itself for future and new opportunities within Singapore and globally.

Cryptocurrency is here to stay and the only limits to its applications is human imagination itself!

Malcolm Tan is the Chief Strategic Advisor for Technicorum Holdings.

To register for the free webinar, use this link: https://zurl.co/HLz6