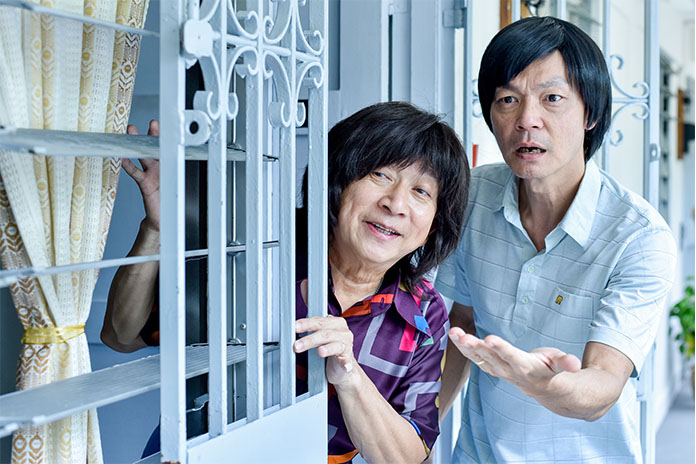 I AM still amused by The Diam Diam Era Two.

My movie experiences are about moments and I often like to pick out singular actors onscreen that almost blend into the background, yet are impactful in their own way.

In The Diam Diam Era Two that would be Henry Thia (above left), who plays Ah Hui, and who caught my eye with his comedic talent.

Thia is the most diam diam (hybrid Hokkien-Malay slang meaning “quiet, quiet”) character in this Jack Neo movie, which also stars Mark Lee (above right). Despite having few lines in his role as the Vice Chairman of the opposition party CMI, Thia speaks mountains without saying much. 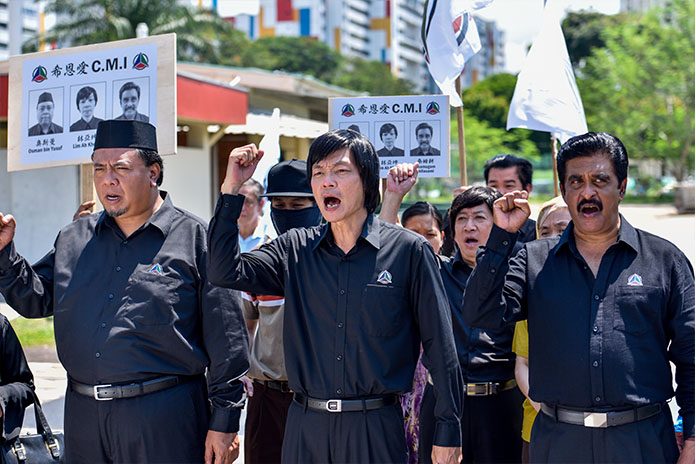 The Diam Diam Era Two is the continuing story of the Lin family and their neighbours in the public housing environment that was built up in Long Long Time Ago (2016). This second instalment builds on the issues that rippled through a young independent nation finding its way in the world.

Besides the interpersonal and intergenerational confrontations, the film explores the world of Singapore politics in the late 1980s. This was an era of growing success and a corresponding public apathy towards politics, except when it came time for a general election.

Jack Neo’s way of handling the subject is to make light of issues while allowing the intent to slide in under the humour.

In this case, a group of non-elite candidates contesting for a seat in Parliament is in itself viewed as a side show. But it also highlights the role of opposition in the process and where elitism can sometimes work to your disadvantage. In the case of The Diam Diam Era Two it is a backhanded slap as Thia points out the importance for party candidates not to wash up after shaking hands with the fishmonger for photo-ops.

Like the political underdog, Thia seems to be clueless about his ability to attract the audience with his charismatic Charlie Chaplin craftsmanship. This 69-year-old is reminiscent of late Hong Kong actor Ricky Hui, whose deadpan funny persona was responsive and not reactive.

Central to this made-in-Singapore creation is Thia’s measured performance; a peaceful sense of humanity in place of the hard-hitting, heavy philosophical utterances. At an election rally scene in the movie, the rest of the actors sat upright on their black metal chairs on stage but if you look closely enough, Thia is the only one who is perched shoulders at a 90° angle and derriere gently sliding into a frontal perspective. Thia is at ease with himself as he is with the camera.

Even when he swears, it sounds like a musical rap coming from a master artiste. His small frame adds to his cuteness, what with bell bottoms that fit his flair for fashionable retro poses consistent throughout the entertaining movie.

Thia is the light that shines through in this film which would appeal to a slightly advanced audience.

I saw a Pioneer Generation lady, who was with some younger companions, chuckling at the jabs taken at the 1988 Singapore election.

It is this sense of familiarity and local flavour that brings this show closer to home for audiences who are perhaps missing a lost era.