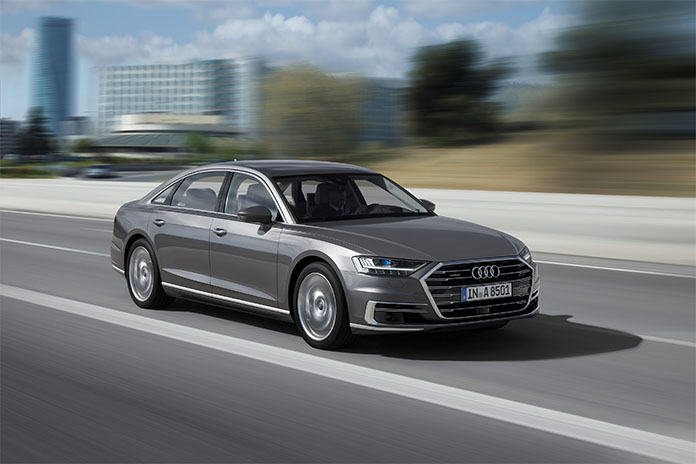 FOR the senior executive who wishes to mask his/her ambitions, the Audi A8 rolls up as the perfect set of wheels.

Beyond its very proper form, showcasing the necessary Audi attributes, it offers capabilities that it doesn’t appear to possess. No sharp design angles or fancy flourishes, it’s all fairly straightforward, almost conservative, design lines; as perfunctory as it gets.

Yet, there’s a sense of potential about it, that you would expect from Audi’s flagship model. 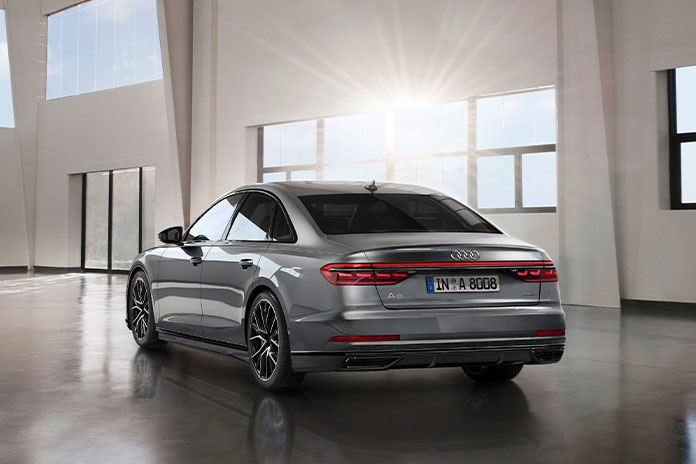 The ride in the A8 is exemplary. It’s smooth, comfortable and fast, and with Quattro, you shouldn’t be in a flap.

This 3L, V6 will whisk you to 100kmh in 5.6 seconds, and you really won’t feel it. So smooth is the ride due to the $27K predictive native suspension loaded on, which reads the road ahead and prepares the car for upcoming imperfections in the way forward.

Each wheel is controlled individually, to manage the body ride height, by lifting or lowering the body by up to 85mm from its central position, within a fraction of a second. 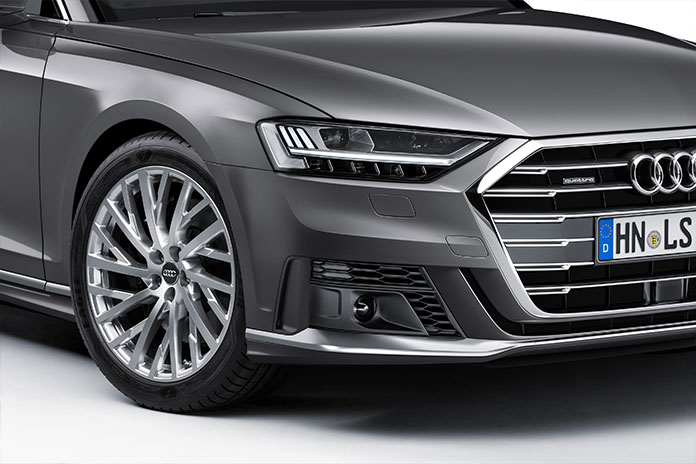 If you’re being chauffeured, and nose in your documents, you’ll feel less of the bumpy ride. It’s not a magic carpet, so don’t expect to float. But it’s pretty close, considering the test drive unit was riding on 19” wheels.

In Comfort+ mode everything seems to move a bit slower. The A8 picks up pace relatively slowly, but you’re soon moving pretty swiftly.

ALSO READ: Count On Being Nicked

But, if you’d like to take the wheel and perk things up, then the options are numerous— from comfort+ to dynamic modes. With air suspension working with predictive active suspension, you get the sporty assuredness of a much smaller car, especially when cornering at pace. The body roll is at 2° instead of the usual 5° with a standard suspension. 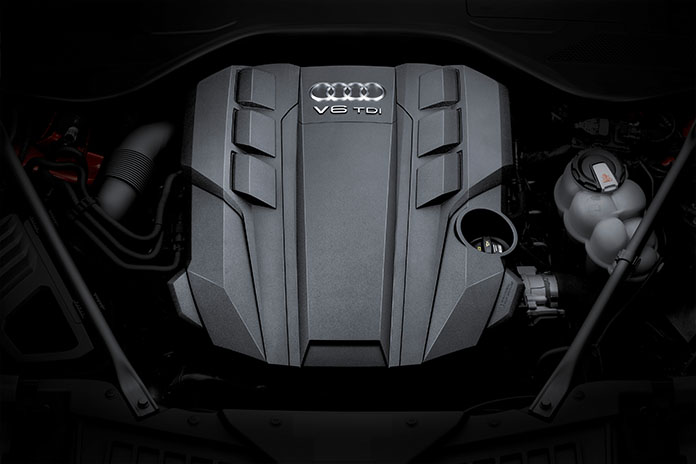 In dynamic mode, the engine responds much quicker to your urgent desire to get ahead. It’s still smooth and measured, but the difference in performance is noticeable, if not that audible. You can still focus on what’s piping through your B&O system.

I still would like the drive select switch moved to the driver’s side of the centre console, rather than near the passenger’s knee (which suits left-hand-drive models). And now it’s part of the touchscreen, so you’ve got to be more precise when it comes to selecting the button, which makes it tricky when the A8 is on the move.

In keeping with the current trend, there are touchscreens to control most of the A8’s features. And there are many functions requiring touching and sliding — temperature to air-con control vents — to lend a sleek touch to this *$430,000+ A8’s interior. 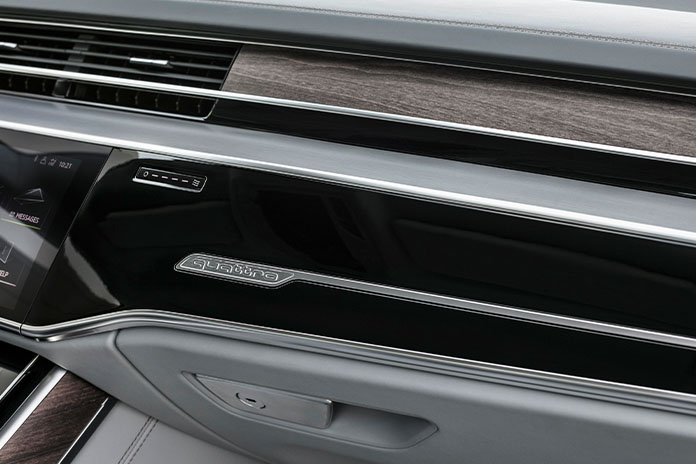 It’s still a mixed bag of features at the end of the day. 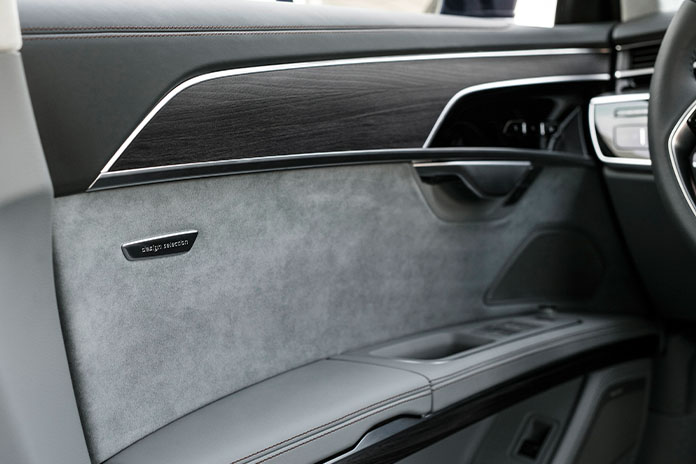 From high-quality and tasteful materials mixed in with attention-grabbing interior lighting effects that you tire of quite quickly, and wonderfully functional features like massage seats and seat cooling for our horribly-hot-at-times climate, and reclining seats at the back. 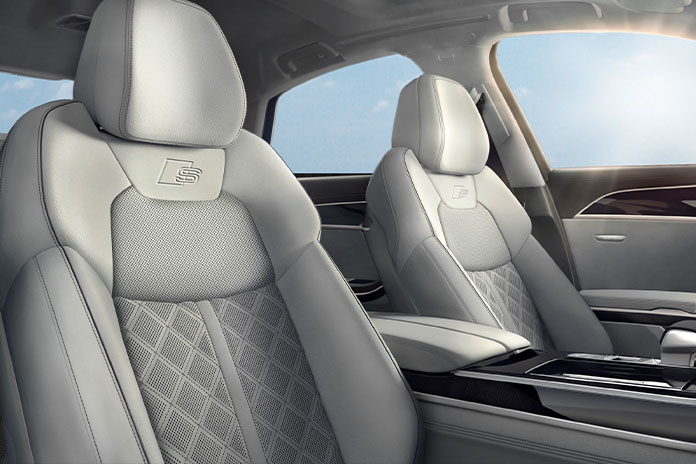 For the busy executive on the go, the connectedness offered by the A8 is vital to functioning effortlessly, and here, it can be a bit challenging as Apple CarPlay tends to drop or freeze, requiring a restart of the system before behaving. It’s hard to figure out if it’s Apple or Audi at fault, but there’s a simple enough, universal “turn-it-off-and-on-again” fix.

And that universality is also part of the appeal of the A8. It’s not so stylish that it’ll become dated, and it’s versatile enough to fulfill the needs of most owners. 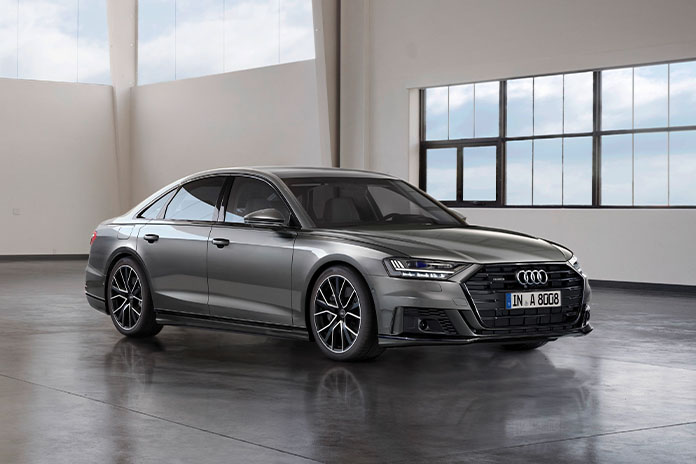