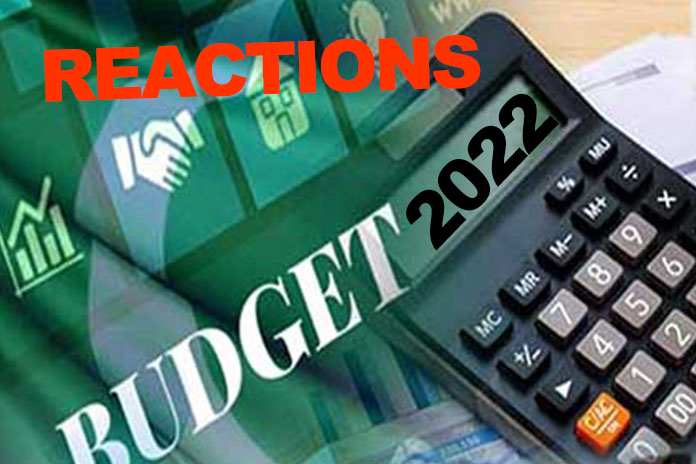 IN a budget speech that kicked the goods and services tax (GST) can down the road, and included support for the national football team, Singapore’s ninth Finance Minister Lawrence Wong brought a lighter tone to a subject that weighed heavy on the minds of many.

While the delivery was livelier and there were dramatic pauses for sips of water and to make a salient point, the unpleasantries still had to be told. But the Minister’s overall performance would have elevated his standing among the next tier of potential leaders, with the general election due round about the time the goods and services tax hits 9%.

Having lived with the presence of COVID-19 since 2019, Budget 2022 was seen as a booster to help a troubled economy find its footing. But the noises about inflation, expenditure on COVID-19 recovery measures and a rising GST were in the air long before the Budget speech was delivered.

While deferring the GST by a year, and raising it in two equal parts in 2023 and 2034, buys some relief for the public, there have been new revenue raising measures inserted that will be cause for concern.

The new tax rates for non-owner-occupied properties got one affected party, who didn’t wish to be named, quite upset. Will this group be picked off like sitting ducks?

“That’s almost double! This is going to hurt our passive incomes.”

Another perspective is that real estate has been distorting the economy for a while now, and diverting resources away from real production. Painful as it is, the measures put in place are the right move.

As for the man in the street, the billions of dollars to help cope with the GST hike and rising living expenses sound like a lot of money, but when  broken down to individual payouts, they are small amounts and questionably differentiated by housing types.

STORM-ASIA asked for feedback on Budget 2022 from a variety of industry sources. Here is a sampling of that feedback to help you draw your own conclusions.

Compared with all previous budgets, Budget 2022 is exceptionally highly progressive. It is a transformative Budget as it paves the way for evolution of a new system of “heavier” taxation in the new normal. Taxpayers who are  better off and the well-to-do have to brace themselves for future increases in taxation. The haves will undoubtedly have to contribute far more to the coffers than the era before the onset of the COVID-19 pandemic.

Of the several tax changes announced in the Budget, the most impactful of all that affect almost all taxpayers, and more so on the rich are:

4. Wealth taxation is being considered and studies are currently underway to find the most effective and efficient method of fairer wealth distribution.

The cumulative effects and implications of all these changes are not likely to be known immediately, but what is likely to be felt immediately will be in the residential property market.

The new tax measures on property tax increases coupled with the recent hefty additional buyer’s stamp duty on second and subsequent purchases will result in a mismatch of costs versus benefits.

The initial cost of purchase of the properties including the holding and maintenance costs in comparison with the rental yield arising from the properties would show up a likely deficit situation.

Investing in properties to create a passive form of income stream as part of an asset class and or retirement nest — what most people did previously — may not make commercial sense under the new tax regime. This may dampen the demand and desirability for non-owner-occupied residential properties and this lack of demand may linger for a long time to come.

Building For The Future

Budget 2022 strikes a fine balance between helping businesses and Singaporeans tide through the pandemic, while investing in building new capabilities for the future.

Meanwhile, the $500m Jobs and Business Package will help businesses grapple with financing difficulties and provide enhanced support to sectors that have been most badly hit, such as aviation.

The Budget has allocated $6.6b under the Enhanced Assurance Package designed to cushion the impending GST increases in 2023 and 2024. It also does well to recalibrate the current tax structure such that those with the means will contribute greater tax to nation building.

We also see introduction of the carbon tax plan which will help Singapore meet its net zero emissions target by mid-century while giving companies time to move towards less intensive carbon emission technologies.

The increases in property tax and additional registration fees on luxury cars are merely positioned as “wealth taxes”.

At these tax brackets, some of the wealthy individuals in the top 10% of Singapore are going to be paying more taxes, but I would argue that their total wealth is not being taxed.

Watch this space as the ground is being softened, because once we get used to the phrase “wealth tax”, real wealth taxes, including inheritance taxes, may be introduced more easily.

I’m glad that the GST increase is spread out over two years. I like the idea of taxing consumption as opposed to taxing wealth.

Higher income taxes for the high earners is good optics, in reality I’m not sure if the amount of taxes collected will move the needle much.

The increase in property tax raises some interesting issues, such as the difference between investing in “passive” assets like real estate versus “active” investments in operating companies/start-ups which generate employment and help stimulate the economy.

On the negative side, the idea of realigning corporate taxes for MNCs to a global norm of 15% doesn’t seem fair for local companies who pay more. Some benefits may be needed to attract investments here but they don’t need to be permanent and MNCs should eventually be paying the same rate of taxes as local companies.

Perhaps further explanation from the Government could help to clarify this.

Overall, the budget is focused on addressing the rising global concerns we are seeing with inequality, and the government is taking measured steps in addressing this, while ensuring Singapore remains an attractive global hub for companies and talent. The government is ensuring with this budget more support for the people who need it and as an ageing society we will also have to take steps in that direction to increase spending on healthcare. The question is what could have been done differently or should be investigated moving forward.

Given the rising inflation and ongoing Covid challenges the GST hike could have been further delayed. Phase 1 could have kicked in in 2024, while increasing the income tax from 2023 instead.

And why not raise the personal income tax to 26% or 28%,  as it will not impact the attractiveness of Singapore, relative to other countries globally.

A progressive tax rate helps create an equitable tax base.

In addition to the changes in property tax, we could have also taxed unproductive properties. An “empty home tax” would be appropriate to ensure properties are being used or rented, and not just sitting vacant for parking wealth.

Like Goldilocks’s fabled trial and error to find the right porridge and bed, only time will tell if the measures announced in Budget 2022 will meet their stated objectives.

That said, the budget, especially in the form of the increase in taxes for the affluent, changes in salary requirements for the Employment Pass (EP) and the cash support for Singaporeans, is honest in acknowledging and addressing the two key challenges facing Singapore and much of the world: Increased costs and decreased tax base as the population ages, and the harsh fact that globalization and technology changes will produce losers much as they bring benefits.

This budget underscores the emphasis on what it means to be a society and a nation.

We are pleased with the budget, and we will adjust our operations according to our business formula.

We have not increased menu prices for the last couple of  years and will make small adjustments due to increasing GST and other commodities.

Healthcare costs in most developed economies are clearly becoming a growing concern. We hope to bring added value in healthy eating here and many other countries where we operate.

After having spent billions helping industries across the board to mitigate the impact of Covid-19 over the last 2 years and still putting aside more funding this year on the pandemic, I can understand the much smaller grants allocated in this budget.

The staggered GST increase is a relief. We are already experiencing cost increases in other areas: Electricity, suppliers and rental have been inching up since 2021.

The biggest disappointment is the raise in salary ceiling in EP and S Pass. Our HR team worked tirelessly to recruit locals throughout last year not just for service and kitchen crews but in back end positions like accounting, sales and marketing, and procurement. But the turnover continues to be high.

Salaries have already gone up in 2021, and will climb further.

The root cause isn’t being addressed, but merely tightening the levers and hoping for a miracle.

I am feeling the prices going up already in term of essentials. Just the other day when i was filling up my petrol tank, I was shocked to see it cost me more than $100. Normally it is around $70.

I am thinking of changing to an electric vehicle (EV), but I’m disappointed that it is still very costly to change. There should be a separate COE category to encourage car owners to adopt EVs.

I believe food prices and other essential will go up as well. I’m not sure how far the additional handouts from tne government will ease the impact for lower and middle income earners, especially with the impending GST hike.

Frankly, if it has to be implemented, I prefer to delayed it to  2024 and have the full 2% at one go. As we are entering a post-COVID-19 phase, businesses need some time to stabilise their operations. A longer runway would help in that regard, and a two-phase implementation just means being disrupted twice.

See also  Let's Learn From Everyone