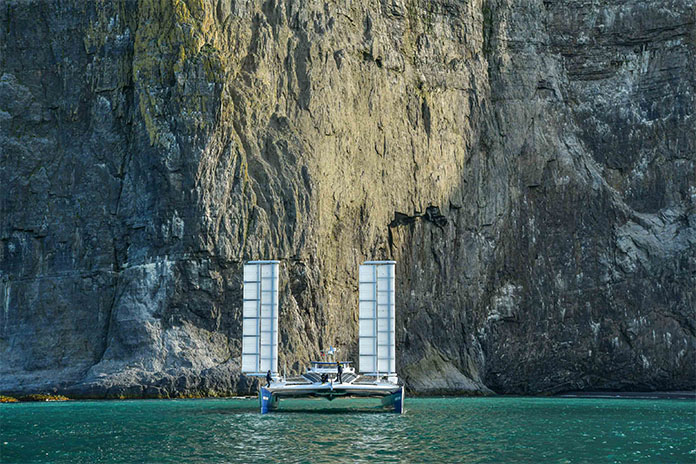 AS the planet spins into a storm of contentious issues, a lone vessel has been on a mission.

Climate change, a pandemic, rising fossil fuel prices and now a war in Ukraine are factors that are converging to make life more challenging than it needs to be.

While the pandemic and the war may not be so easily resolved, the crew onboard the Energy Observer is hopeful that its seven-year global expedition will prove that we can eventually operate in an environment free of harmful emissions.

It’s a self-sufficient lab on the move. Founder and captain, Victorien Erussard, with a team of 50, including a couple of ex-special forces personnel, have navigated the oceans and waterways of the world. 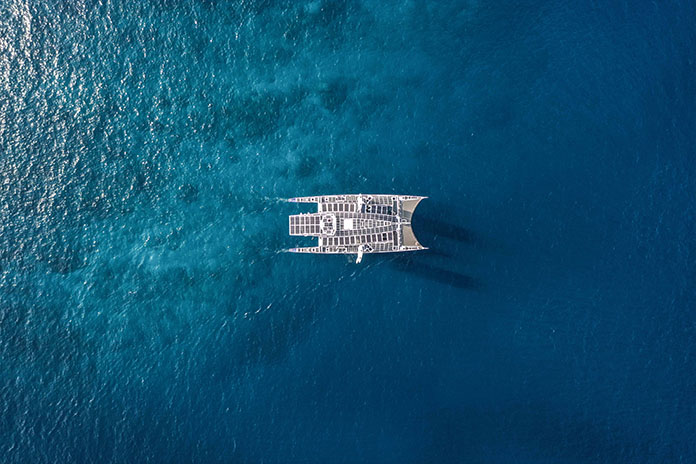 The crew of researchers, engineers and scientists shares its findings on zero-emission technologies — hydrogen, batteries, solar and wind power — tested in some harsh and intense environments.

The expedition, which will end in France in 2024 also allows the team to connect with sustainability pioneers in various cities around the world, building a knowledge bank of ideas and potential solutions for the preservation of the planet.

The objective is to show that what the Energy Observer has developed can be replicated in larger scale.

Currently berthed at ONE°15 Marina Sentosa Cove (watch video above), the blue and white catamaran is liberally covered in solar panels with its two unique ocean wings pointing heavenwards. The Energy Observer has been sailing for the past 5 years, visited more than 40 countries, travelled in excess of 40,000 nautical miles and generated loads of documentary and social media footage.

It has welcomed more than 300,000 visitors to its exhibition village, wherever it has been erected.

In Singapore, its 70th stop, the blue and white domes are up and will be welcoming the public on 19 and 20 March. If you’d like to visit, you can register your interest at THIS link. In its previous lives, the Energy Observer, was in the thick of racing action and high sea dramas. Built in 1983, it started off as Formule Tag, the largest sailing catamaran at the time and participated in several races. A decade on, it was purchased by the late Sir Peter Blake and Robin Knox-Johnston, renamed ENZA New Zealand and went on to win the Jules Verne Trophy for circumnavigating the world in the quickest time, in 1994. It next emerged as the Royal & SunAlliance, with an all-woman crew who broke the record for sailing across the North Atlantic.

Subsequent purchases and renovations saw it lengthened and repurposed, and in 2017 it was converted into its present hydrogen-powered form.

The Energy Observer is still in a race, but of a different kind. The challenge is to find timely solutions in the fight against climate change. “A smart grid on the water”, as Louis-Noël Viviès, General Manager of Energy Observer, describes it, the self-sufficient vessel draws upon natural resources to create energy, leaving nothing harmful in its wake.