HAVING your food delivered to your home is not something new.

Over the years it has grown from an occasional practice into a commonplace occurrence, as a result of advances in digital technology and wider social and economic movements.

This year, the revenue from the food delivery segment is anticipated to be in the region of S$350 million, growing at a rate of around 20% annually, according to Statista.

Commentators note a global trend of the rising popularity of home delivery of cooked food of greater diversity amongst all income groups. The practice now extends beyond conventional takeaway and fast food to encompass what might be deemed healthier choices and dishes sold by full-service restaurants at relatively high prices.

Indeed, it is possible to buy from Michelin-starred outlets on the latest online platforms provided by new-style delivery companies.

A number of these large firms are expanding internationally and might be regarded as a disruptive force in local food and beverage industries, at least in the major cities where their operations are focused.

The rise in activity can be partly explained by shifts in lifestyle and behaviour. People have less time to shop and prepare meals, but many are willing and able to spend on food, which can be obtained relatively quickly and is perceived to be of good quality. 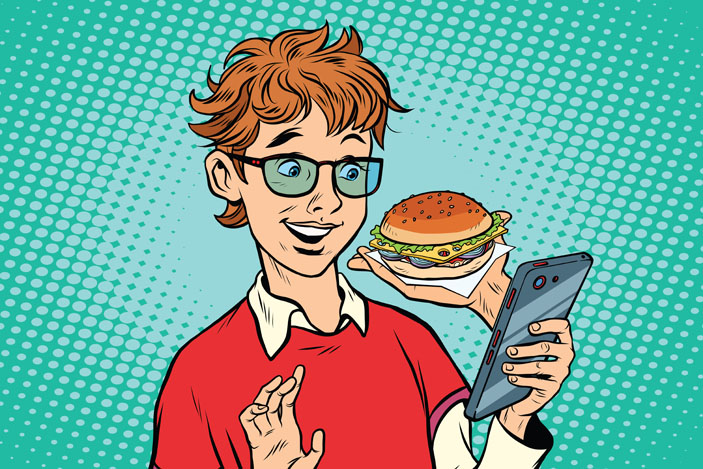 The phenomenon is also an outcome of the wider spread of online commerce evident in the volume and value of transactions completed on mobile devices. New technologies are being adopted and more foodservice customers are able to take advantage of innovations.

Restaurants can now sell through external online food delivery platforms which can be divided into aggregators and newer types of business which deal with both delivery and aggregator functions.

The industry has become highly competitive and there has been a search for improved efficiencies, especially pertaining to delivery speed and cost reduction.

Technology is an essential ingredient and modern companies belong as much to the high-tech industry as to that of food and beverage.

There are promotion opportunities and data collected can inform marketing and aid customer relations building. Using a third party site may be appealing to independent businesses, which lack the financial resources and technical expertise to instal their own programmes. It introduces fresh distribution channels, not least for more upscale restaurants which previously may not have considered delivery.

Nevertheless, there are numerous logistical challenges to effectively receiving, processing and delivering orders which place an extra burden on restaurant managers and staff. Listing on a multi-restaurant site can make it difficult for restaurants to differentiate themselves and cultivate loyalty. Aspects of the sale are also beyond the control of the restaurant which complicates questions of responsibility if there are complaints.

In A Crisis It’s Important To Communicate

Irrespective of possible drawbacks, third-party delivery firms have acquired greater prominence in recent years. Businesses which are internationally funded and oriented have emerged and there has been a degree of consolidation. Examples are Deliveroo, Delivery Hero, Foodora, Foodpanda, Just Eat and UberEats.

Overall advertising has intensified and rapid development has been facilitated by the asset-light form of this business model and the potential number of restaurant partners. 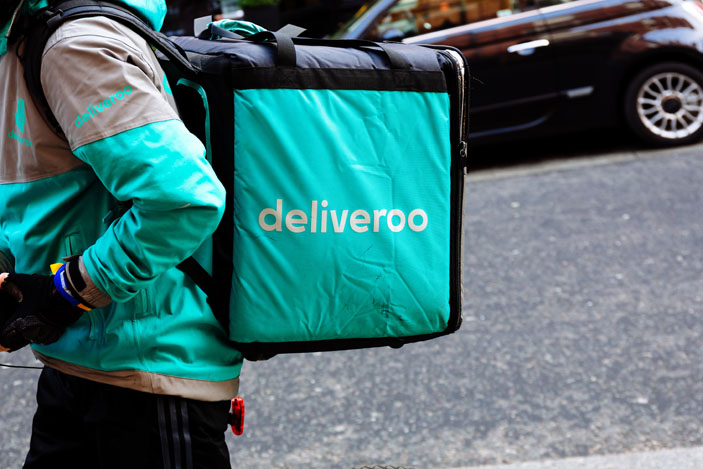 Hailed as technology start-up successes by several commentators, the firms are not without detractors who argue that the business model is easily replicated and that some companies may be over-valued.

The welfare of those paid to deliver the food has also aroused controversy and their usual status as independent contractors or self-employed denies them rights granted employees, although it does offer a degree of freedom and flexibility. They are usually directed by smartphone communications, a technique termed algorithmic management which is not sympathetic to human fallibility, and cyclists are vulnerable to traffic accidents.

The issue may be an inevitable outcome of the so-called gig economy in which individuals rely on several part-time or temporary jobs to make a living. The relationship between the delivery company and those who deliver is still prone to legal ambiguity and the law in many countries has yet to catch up with the economic changes and restructuring underway.

Given Singapore’s rich food culture, delivery company interest is perhaps unsurprising and more local and foreign companies have commenced operations in the past few years. It could be argued that Singapore delivery firms are somewhat disadvantaged in terms of the number of participating restaurants and brand awareness compared to their international counterparts.

Larger companies gain from having greater resources at their disposal when the various strategies employed in an attempt to gain a competitive edge are considered.

Singaporean start-ups have potential strengths of local understanding which may promote the forging of a closer and more personal relations with partners and patrons.

Ultimately, the service provided to the customer will determine which firms will succeed and which will have to pack and go.

See also  Do You Feel Secure Being Watched?

Has The Travel Bug Bitten You?