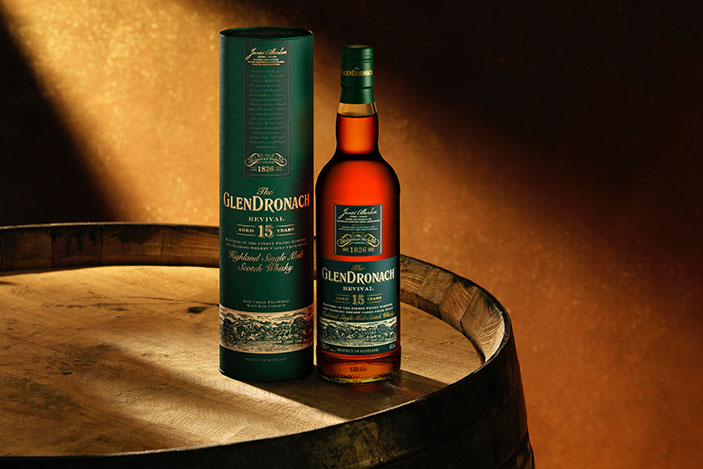 PERHAPS a handful of whisky aficionados from Singapore may have stumbled across the quaint distillery at the bottom of the valley of Forgue in the east Highland hills north-west of Aberdeen.

But the GlenDronach Distillery has remained a well-kept secret.

But all that is about to change as the distillery has targeted Singapore as an export market for its single malts.

Started in 1826 and now owned by The BenRiach Distillery Company, the GlenDronach distillery’s single malts are highly rated by whisky connoisseurs in Scotland. It has taken a long time to reach Singapore at the retail level but it will be worth the wait for Singapore’s well-heeled single-malt drinking fraternity.

At a recent GlenDronach whisky-tasting event in Singapore to officially introduce its products, master blender Rachel Barrie spoke passionately about the wonders of GlenDronach single malts.

“GlenDronach means valley of the brambles. The distillery is surrounded by bramble bushes and somehow magically some of that gets into the malt,” Barrie explains.

“We don’t actually add berries to the malt. You are only allowed to use malted barley, water and yeast to make single malt whisky.”

She added that the sherry cask maturation makes the whisky special.

“Our casks are really expensive—all Spanish oak. This is very, very rare among our competitors.”

The distillery only uses Pedro Ximenez and Oloroso sherry casks, with the Spanish oak coming from the Andalucia region in Spain.

The whisky-making at the GlenDronach distillery is old school, from its copper, saxophone-shaped stills that have “a hook at the top like a swan’s neck” to its non-chill filtering process. The stills distil and re-distil the spirit which is then filled into the sherry casks and left maturing in warehouses.

The whisky that emerges is old school too, with flavours ranging from bramble, dark fruits and right through to tobacco and leather, as Barrie described it.

The flagship of the distillery is the original GlenDronach 12-year single malt. Barrie reckons it tastes “much, much older than a 12”. 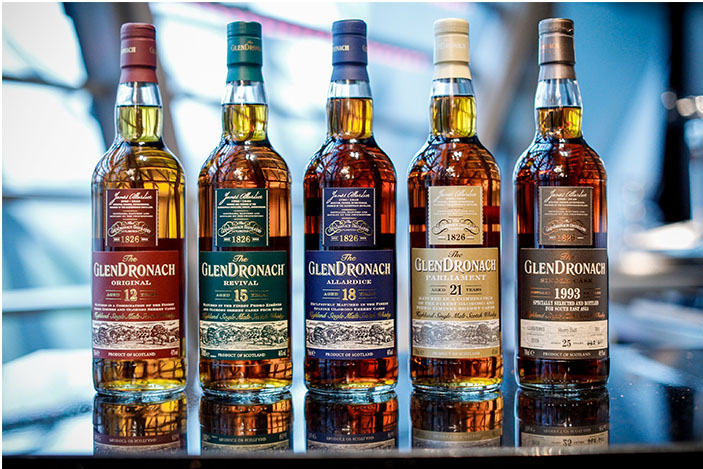 The whisky is non-chill filtered which is unusual in the single- malt whisky industry these days.

Chill filtering is a step most distillers take for whiskies with an alcohol content of less than 46% to remove chemical compounds such as esters, proteins and acids produced during fermentation and maturation. Without filtering, the whisky becomes cloudy if water or ice is added.

“We don’t rush anything any step of the way. We do it the old way. Like in the 1970s before chill filtration was introduced. It is a rich part of why GlenDronach whiskies have its colour and all-natural texture. With GlenDronach, we never add caramel. It is all natural,” Barrie said.

It is estimated that nearly 70% of the flavour in whisky is derived from the cask it has been matured in. As each GlenDronach sherry cask is unique, she has to sample 5,000 casks from GlenDronach each year to check the taste, smell and colour for consistency.

“There is nothing worse than a single malt that looks black as night but when you taste it, you go ‘that’s really boring’. You know the distillery has either chill-filtered it or they have put some caramel in. That is much more common than you would imagine, but we never do it with GlenDronach,” she said.

In her 27-year career in Scotland’s whisky industry, Barrie, who studied chemistry in university, reckons she has sampled more than 150,000 casks of whisky.