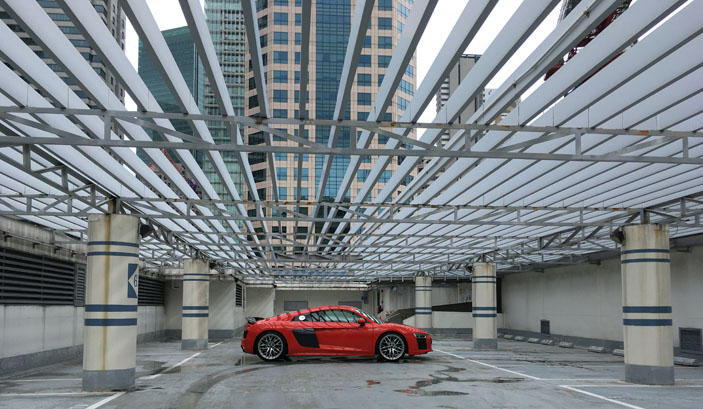 WHAT’S there not to like about the Audi R8?

Sculpted to delight at standstill or in motion, this is a more practical version of a sports car. While it exudes presence and you can hear it, it does neither to the point you begin to tire of it.

Many supercars are harsh on the ears and hard on your back with tightly sprung suspensions that grip with fierce determination.

The R8 delivers a gripping ride, but not at the expense of the occupants’s comfort. In a city crawl or the open road, the R8 is composed and delivers what’s needed. That it looks good in the process is a bonus.

The sleek lines of the two-seater are accentuated with grooves and honeycomb highlights that also serve to reinforce and ventilate a hot, hot car. 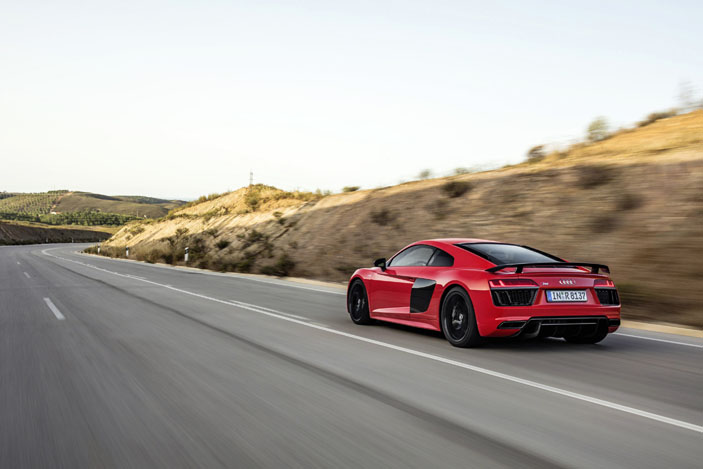 Audi’s fastest production car is packed with a naturally aspirated V10 that hisses and roars into action as the engine warms up. As the red line moves to the 8,700 rpm the high-powered engine is ready to rocket from 0-100kmh in a blindingly quick 3.5 seconds. It then merrily roars off to a top speed of 320kmh.

There’s a V10 plus version which puts out more power and torque, and would get you there quicker — 0-100kmh in 3.2 seconds — and it will also knife your wallet in excess of $1 million zone in Singapore. That’s the price you pay for pace. 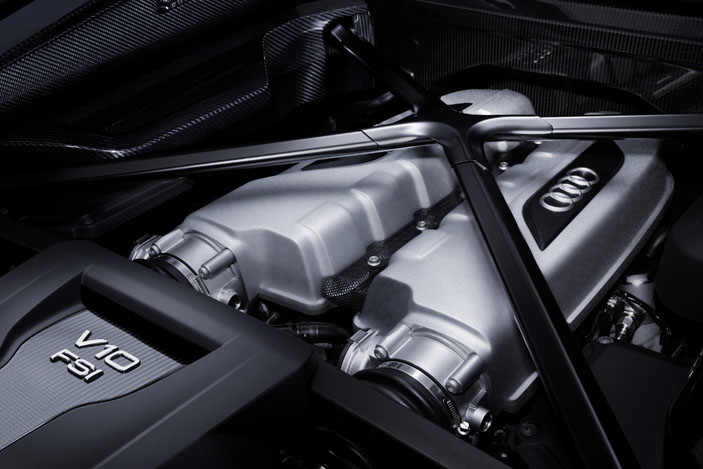 The super light Audi Space Frame body weighs in at 200kg and combines with carbon fibre to be light without compromising on performance. In motion, the rig holds its shape well without any unwelcome vibration or noises — other than the sporty engine going through its various gargles and growls.

Produced in limited numbers and on the same line as the race models, the R8 has the good sense to be impressive in its build quality as it matches its performance. Despite the low drop into the seat and the fact the mid-mounted engine is just behind you, there isn’t a sense of claustrophobia. 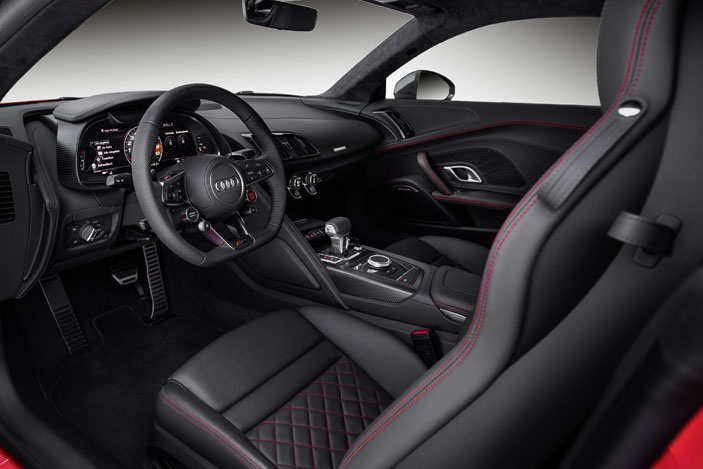 In this space, the driver, comfortably positioned on the Nappa leather seat, is master of all he/she sees. Instrumentation is clear and bright, without dazzling. What you see is customisable to your wants. A head-up display showing speed and the current gear would have been good, especially if you’re driving at speed.

Virtually everything you need — gear shift paddles, hi-fi, navigation — are all within reach. One of the two satellite buttons on the multifunction steering wheel serves to fire up the V10, while the other is used to select the basic modes of Audi drive select. As an option, you can add two more buttons — one controls the exhaust system and the other lets you choose the dry, wet or snow programme of the performance mode.

The centre tunnel is angled towards the driver, with a row of switches for secondary functions. Connectivity is enhanced here, with seamless integration with your mobile device. Three small microphones on the seatbelt let you conduct phone conversations or control the voice-activated features without the need to shout. Incoming emails and text messages can also be read aloud by the system. Navigation maps include speed limits, and are updated every six months. 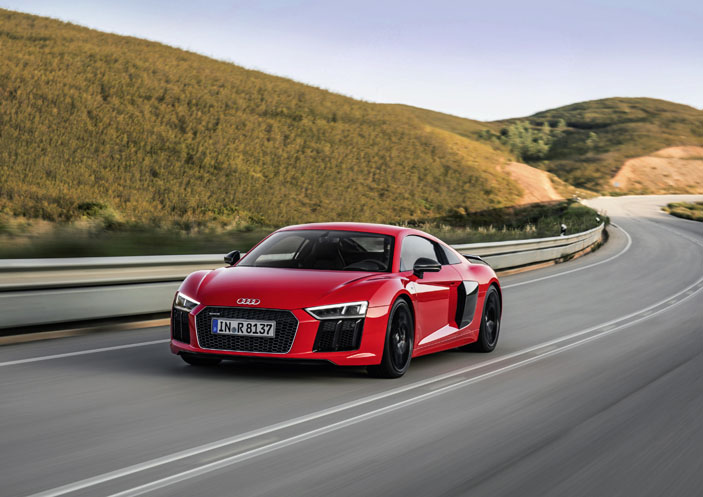 Given the nature of this two-seater, it’s not surprising there aren’t too many storage compartments to be had. A gap between the seats and the engine can be used to store non bulky items, otherwise it’s into the front compartment with your satchel.

But to enjoy the R8, you want to be on the move. As it whips out the horses, the R8 is composed and agile. For those who want a bit of that wild beast, this may not be your preferred machine. But, be it engine enthusiastically emotional or purring along on a pavement parade, the R8’s presence is evident. Whether that is enough to justify the price tag depends on the depth of your willingness to do so… and your pocket.