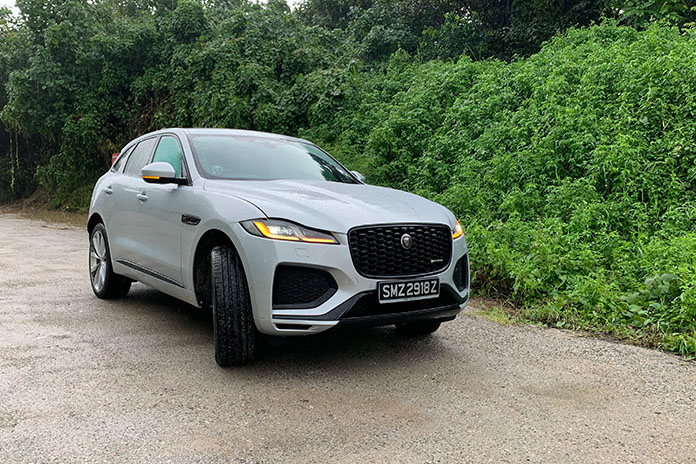 THE race for SUV dominance is very competitive.

While the German brands tend to lead the field for luxury and refinement, the chasing international fleet are constantly evolving and gaining ground in this lucrative sector of the automotive market.

Jaguar, known for its sports cars, was initially hesitant about jumping into the SUV pool. But it dipped its toes in, and now the F-Pace is its major seller.

That was achieved despite the launch model displaying some hesitations of a debutant; nervous, uncertain and maybe not entirely comfortable in its skin. 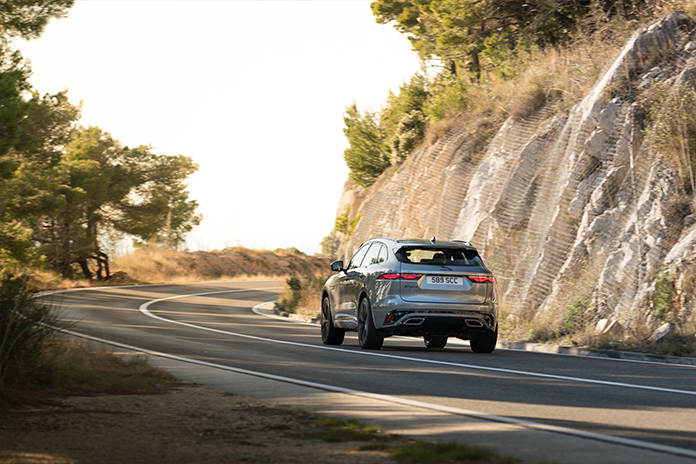 But the mid-life refresh offers a slate of changes that kicks the model’s confidence level up several notches.

ALSO WATCH: Luxury Should Be Exquisite Not Exclusive

New Touches In And Out

And for a car weighing over 1.8 tons, the 2-litre turbocharged engine does a good job of managing things via the 8-speed sequential shifter. 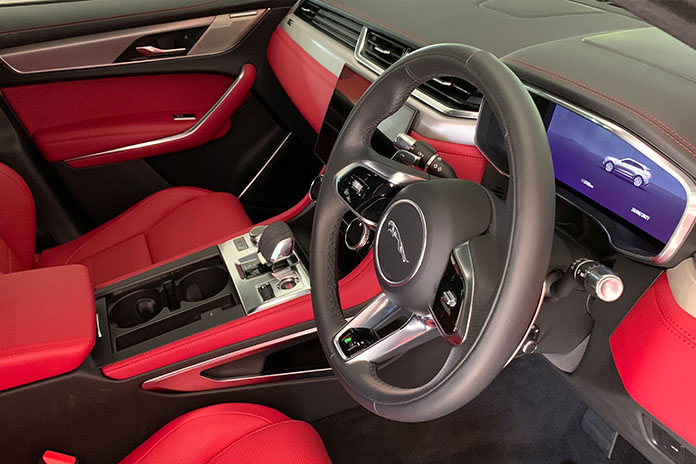 While you’ll have to look fore and aft from the outside to make out the differences in its outward appearance compared to its predecessor, once you slide into the car you’re in a noticeably different environment.

The comfortable red seats of the test-drive car with its 12-way electric seats is a start point of the tactile experience. Around you in the cabin’s ambient mood light is yet more leather, accompanied by metal trims, knurled knobs, cricket ball stitching on the leather gear shifter and a pulsing red button waiting for you to power up the big cat. Everything brought together in a neat, tidy form.

The 3-spoke leather steering with multi-function buttons that control your audio and key driving features feels good in hand. The 11.4” touchscreen is curved to match the curved dashboard display, and has two coatings, to cut glare and make it easier to clean off fingerprints. 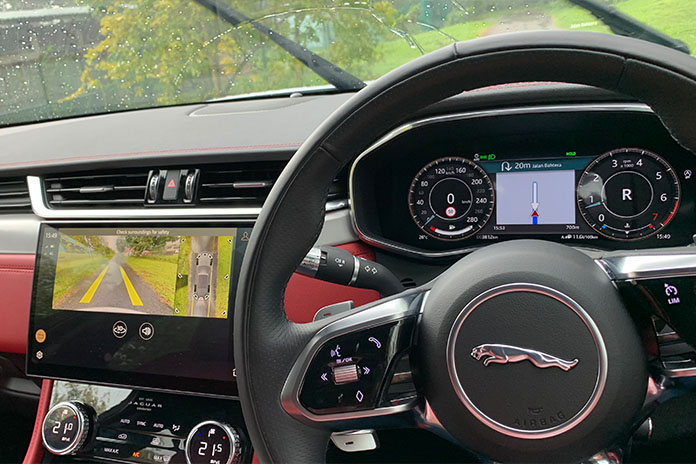 The new Pivi Pro infotainment system is a huge improvement over the predecessor. The new system has its own power source which means it’s ready to respond as soon as you get into the car. The information is neatly organised in silos and most functions can be reached with two taps.

In reverse gear a sharp image pops up to give you a good view of what’s  surrounding the car.

As is to be expected, for a car that’s going to set you back *$265K, it’s loaded with features that will keep the occupants out of harm’s way. Most can be activated from the touchscreen. 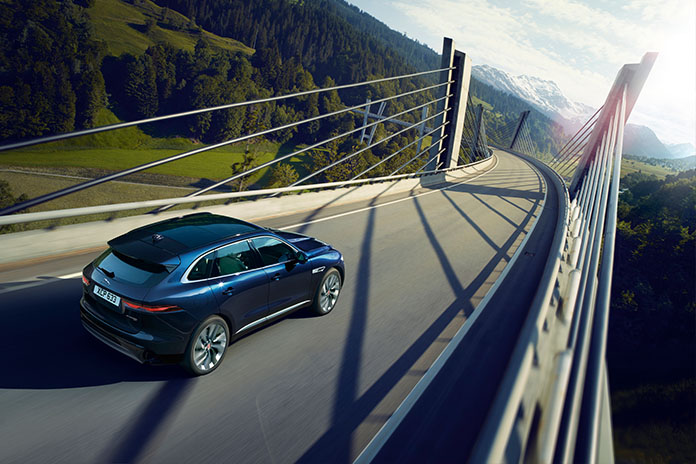 Powering up the F-Pace evokes a slight cough and a purr, though that’s mainly heard outside. The cabin is well insulated so that you can focus on the road ahead, and the Meridian sound system, which delivers a cabin-filling sound whether by Bluetooth, Apple CarPlay or Android Auto, which are now standard. Along with wireless charging.

The ride on the beefed up 22” wheels (normal set up uses 19”) is firm but accommodating. On rough roads the F-Pace navigates smoothly, picking its way around potholes, and riding bumpy ground without too much passing into the cabin.

It’s a lovely ride along smooth roads, as the engine purrs through seamless gear changes, and with the option of paddles to shift into a preferred gear. 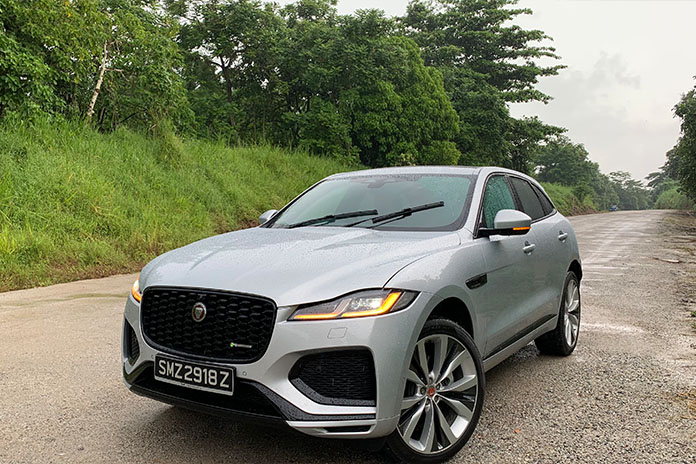 The drive selector is still placed on the centre console, within easy reach. It’s annoying when some of the high-end brands place it on the touchscreen. The usual drive options are available, with enough differentiation between Eco, Comfort and Dynamic to actually make use of most of them, except maybe the Rain-Ice-Snow option.

The engine sound changes, to match, and the gears shift in accordance. But this being a luxury people mover, it’s not about huge variances in performance. 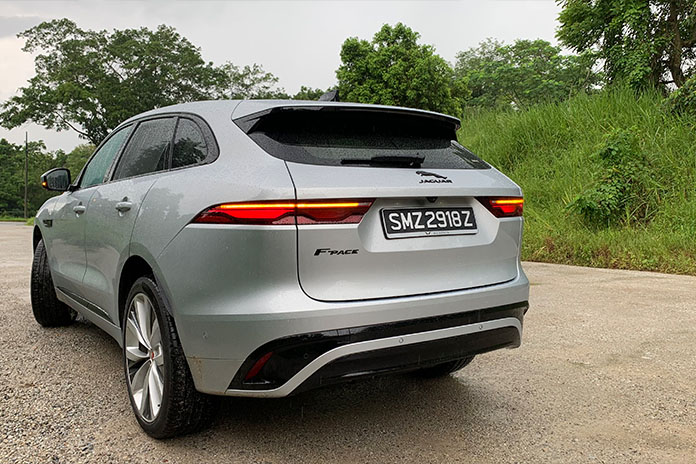 That said, for a heavyset vehicle with a 2L engine, it does deliver a relatively nippy 6.6 seconds for the 0-100kmh dash, with maximum torque of 365Nm kicking in from 1,500rpm.

Based on the specifications, it does run out of breath by 217kmh.

With an ample boot to load your gear in, the F-Pace is the sort of sexy utilitarian you wouldn’t mind taking to work, ferrying the kids or heading off road. 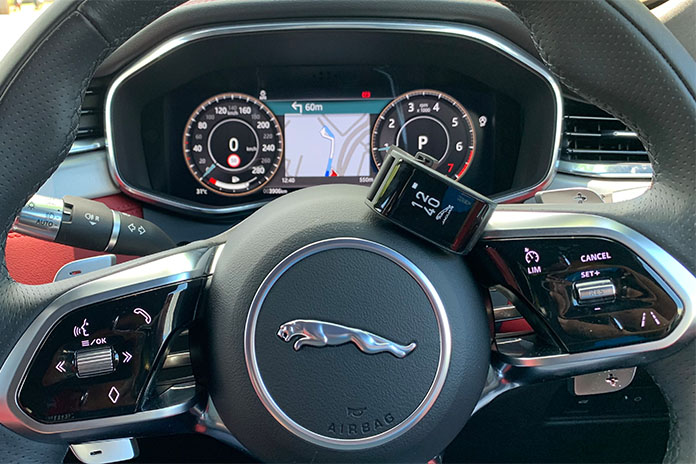 And for the outdoorsy type, there’s an Activity Key that comes with the car, so you don’t have to carry your key on your iron man activities. The plasticky rechargeable watch unlocks and locks the car and starts the car. It’s waterproof to 30m and is fairly basic.

It’s small like a smart watch, but with none of the other smarts incorporated.

It would be better if it included other features that fitness fanatics crave, since you’ll now have to strap on two devices.

A lot of thought has gone into this version of the F-Pace, based on what the competition is offering and with the intention of connecting with existing and new customers across the generations.

The pace of change will dictate further changes down the line, and this big cat will have to remain nimble. 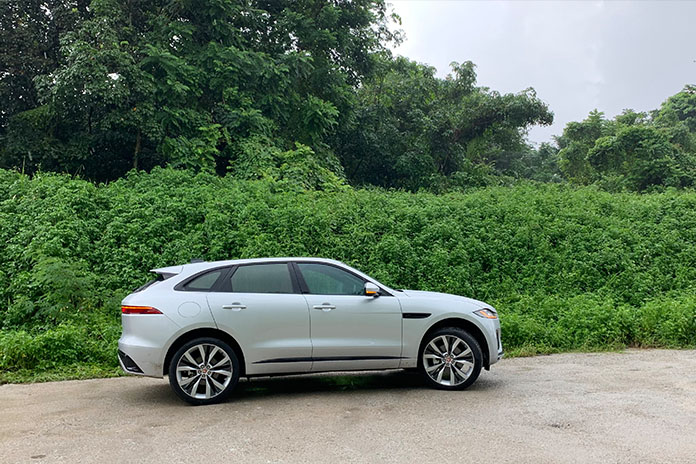