Going back to its origins in the 1950s, Sir Alex Issigonis built a car responding to fuel shortage and demands for more efficiency in the city. The motorsports version, built with John Cooper, brought more zest to the offering.

While some of the original objectives are still relevant today, under BMW ownership, the Mini has literally grown and evolved into a broader spectrum of models.

But the 2-door variants are the closest to the original, though there are lots more curves and design elements to liven things up and make it trendy these days. And certainly heaps more has been dished out in the cabin and under the bonnet. 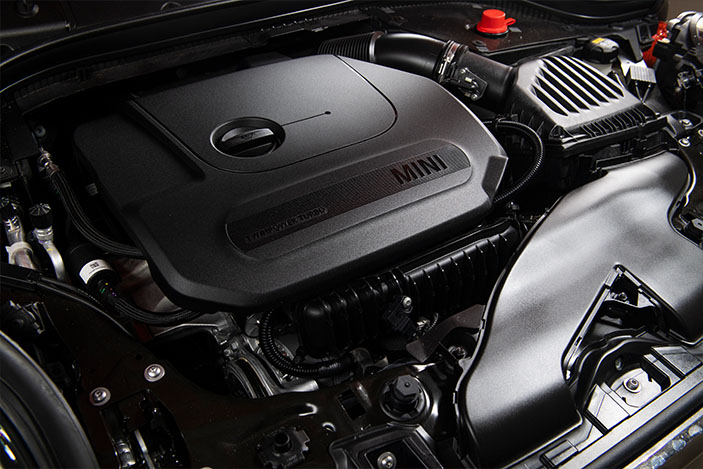 Does It Have That MINI Feel?

The New MINI Cooper 3 Door and Convertible reviewed here share the same engine — an in-line 3-cylinder with 4 valves each. The 1.5-litre engine pushes 100Kw which is best enjoyed at higher revs.

The seven-speed DKG transmission shifts through the gears, behaving differently depending on which of the three settings are chosen — Green, Mid or Sport. The latter stiffens the ride, which is accompanied by sphincteral splutters and noises that still find their way into the cabin. 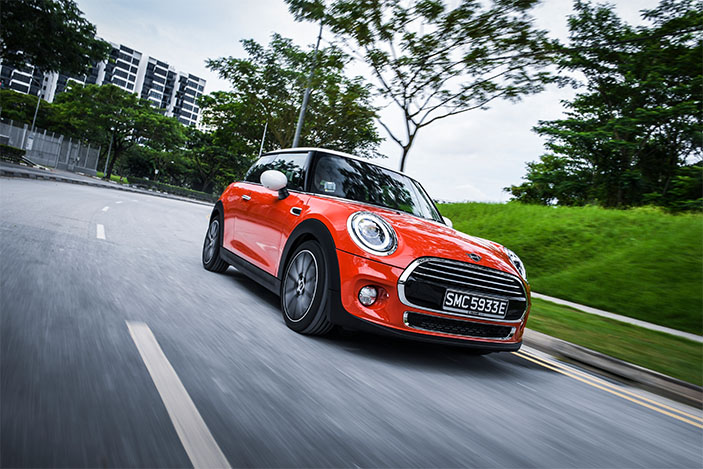 The Mid setting is good for regular runs, though it is still very bumpy and not recommended for passengers trying to put on their make-up.

In Sport, the thrill of engaging with the car is heightened, especially when dancing around corners and avoiding pirouetting in the wet. But the MINI holds its shape and is a ready runner, keen to skip along merrily, it’s bright colours a blur along the road.

In Green, everything slows down a bit, including the air-conditioning, and it does get a tad stuffy after a while. 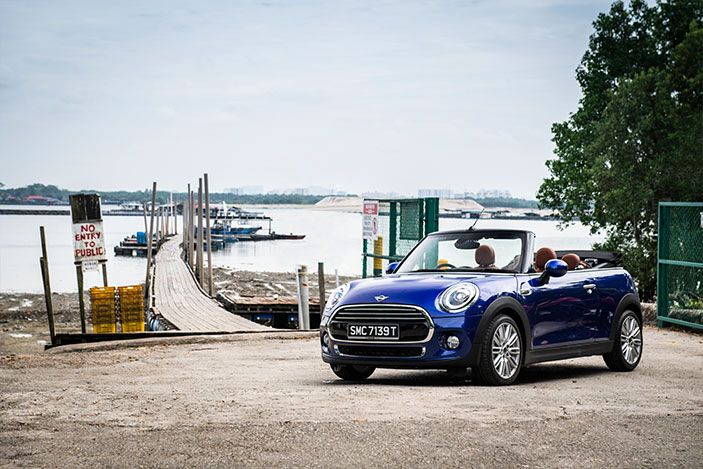 Regardless of the setting, the ride is still alert to demands, when on the move.

A slight vagueness seems to take hold at higher speeds, requiring a bit more control of the steering. 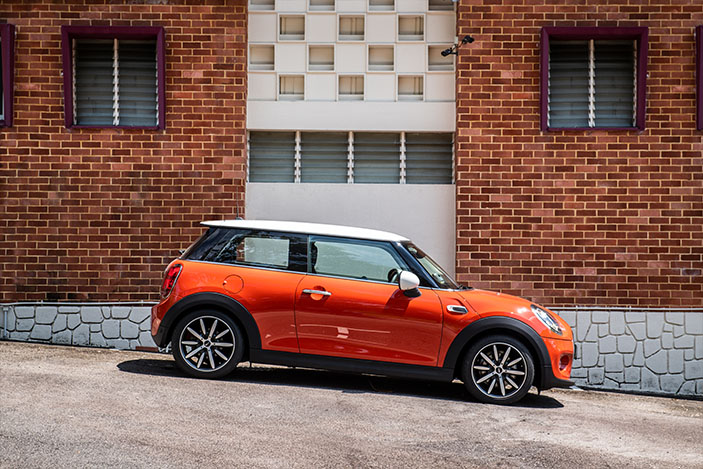 While acceleration is not wickedly swift, 7 to 9 seconds depending on the model, it is no slouch either. But be mindful that when heading down a slope, the brakes are slow to bite. This happened with both models and seems to be a trait of the 2-door models.

And in the event someone is in your way, hitting the horn will also surprise you. It’s such a feeble sound, you’d be embarrassed to use it much. 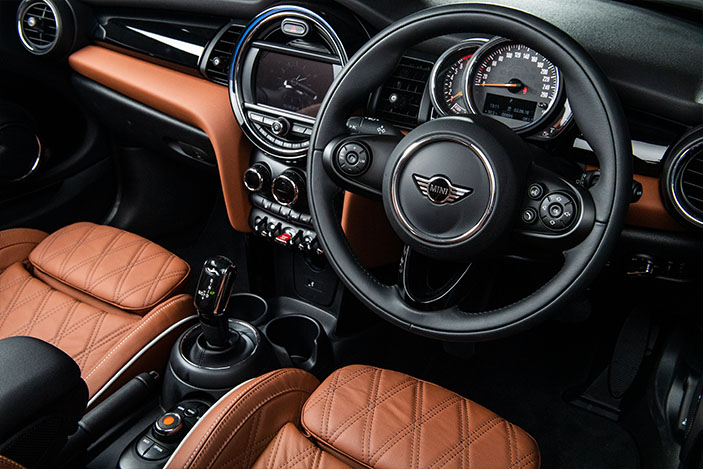 Inside the MINI it’s all cosy and comfortable. Leather seats with thigh extenders and connections that work without hassle make for a charming ride in a quirky setting that is unique to the model.

Would have been nicer to have a rear camera when reversing instead of the proximity sensors. 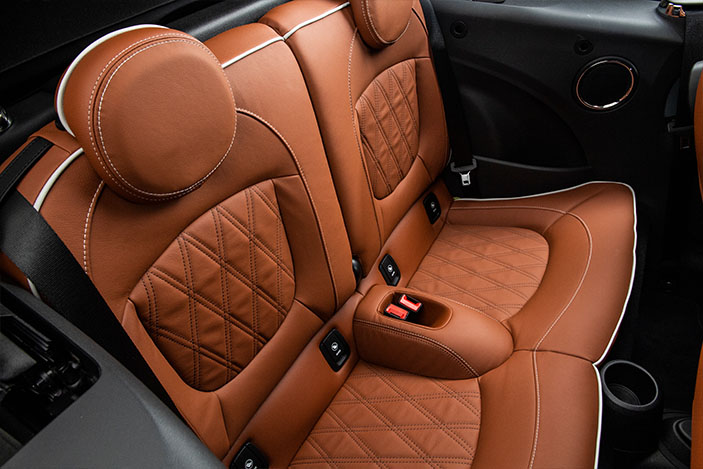 And some more space at the back would have been nice…maybe.

The back seats are tight and demand limbo like skills to access from the front. But the back comes in handy when the rear seats are folded down so there’s more boot space. In the Convertible, the limitation of the roof mechanism folding into the boot makes it even less practical to carry too much.

In the convertible, the soft top offers less sound insulation from traffic, and worse, when it rains the drops torpedo down to a dull splat on the fabric that drowns out everything else. Forget playing music through an adequate sound system. You’ll have to be content with listening to the rhythm of the falling rain. And if it isn’t raining, the incessant squeaking of the soft top urges you to drop the top, which is achieved in under 20 seconds. 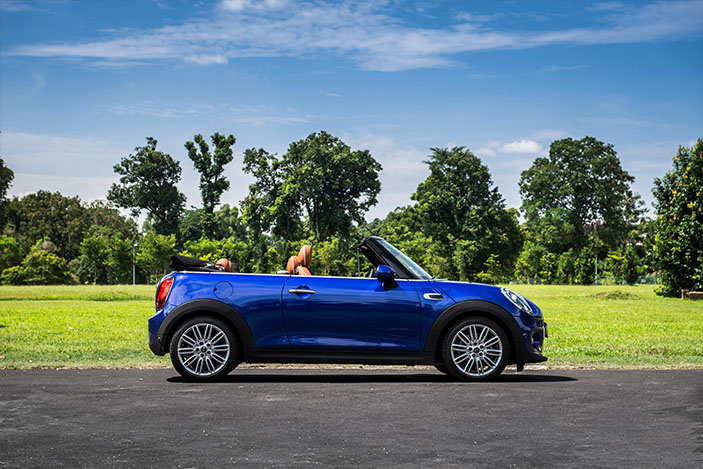 And oddly, the air doesn’t seem to circulate too well when the top is up, getting stuffy as hot air rises. It’s almost willing you to drop the top and face the elements.

The Mini has always been a car with character, and that seems to be the key hallmark of its ongoing journey.

Tradition And Flavour In Your Whisky

Why Are Smart Cities Still So Expensive? 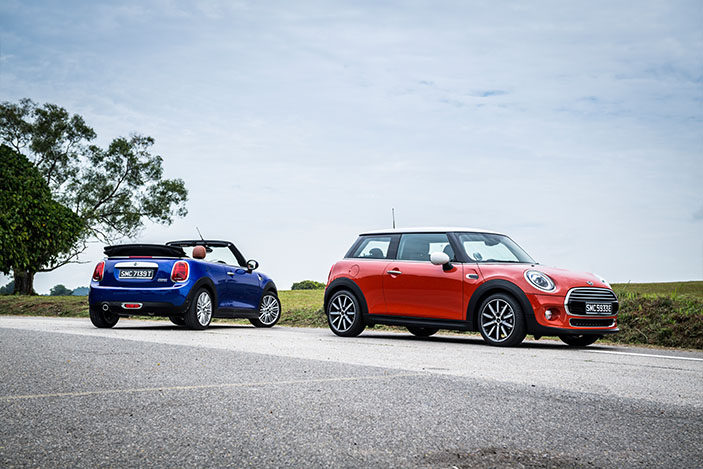