WITH the Skoda Kodiaq, you get the feeling that it’s a well-intentioned vehicle, but this Czech beast is struggling to punch above its weight.

The seven-seater SUV takes the notion of the family mover for the young and tries to deliver as many modern conveniences to connect with its audience.

It’s a laudable effort, though it falls short on some fronts.

The styling for the Kodiaq is meant to have general appeal. Its low stance and sloping back pare away at anything that would give it a boxy profile. The aesthetics look promising. And often that’s usually enough to sway many a decision.

But with the Kodiaq, you may want to get inside and give it a once-over. The Skoda sense of functional finishing is in evidence in the Kodiaq, delivering a lot of flat panels that would otherwise have been more pleasing to the eye were they bent to give your eyes something to dance on. Large seats, slabs of textured panels and big displays convey the feeling of comfort more than style. Though it does deliver on that front. 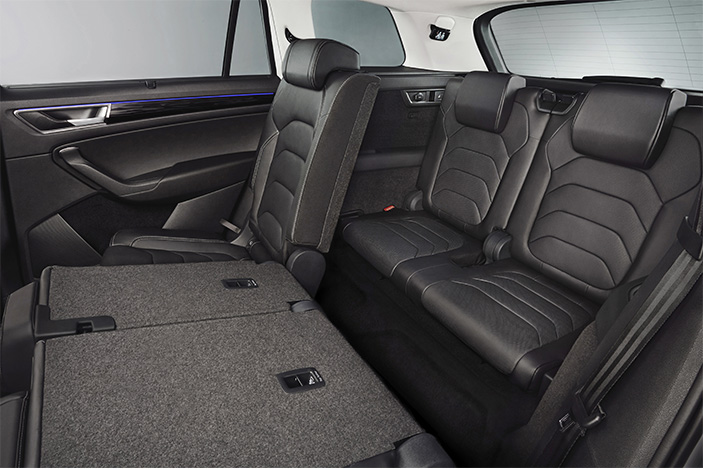 A big display lets you connect your mobile devices, and there’s also wireless charging available. Smartlink lets you connect with your smartphone by supporting Apple CarPlay, Android Auto and MirrorLink, to help to get everything going. Now with the community navigation system Waze in the mix, it is a better offering, but I still prefer to run things via Bluetooth. It’s less iffy and less likely your connection will drop.

The 9.2″ Columbus navigation system lights up the cockpit, and the Canton sound system supports it adequately, even if the sound isn’t the most dynamic.

There are storage spaces in abundance, including a refrigerated compartment. But if you drop the two rows of seats, you’ve got almost 2L of space at your disposal. Good for moving, or for the solo worker who has to carry large items around. And if you’re caught in the rain, there is an umbrella stored in each of the front doors.

The back is accessed by the virtual pedal — by swiping your foot under the rear bumper, the boot door lifts.

Clearly the conveniences have been considered. 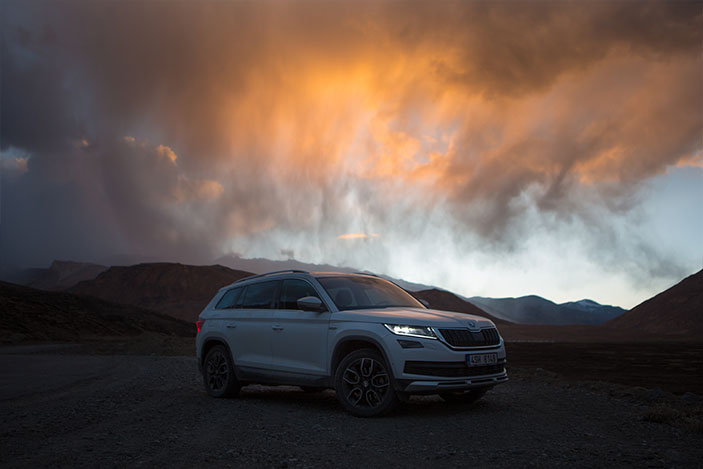 With five driving modes to choose from, you’d think the 2L turbocharged seven-speeder would be able to provide versatility. Truth be told, there’s very little to differentiate between Normal and Sport modes, for instance.

Hit the accelerator with desire and the Kodiaq is a tad slow to gather its wits about it. It does eventually get up and running, doing 0-100kmh in an alleged 8.2 seconds, though it never feels pacy. Paddle shifters and a multi-function steering wheel offer access to the  functionality.

Safety is a priority with the Kodiaq and adaptive cruise control will keep you at a comfortable distance from the car ahead, alerting you if you get too close. Area-view cameras will watch out for things out of sight. Parking assistance for this long car would be helpful for those challenged in this regard.

The 4X4 lets you go offroad, with a reasonable clearance on 19″ wheels. But you get a sense that you’re offroad even when you’re on the A roads given the clunky suspension, which bounces along. There’s a rattle in the tail as well.

Odd thing, though, when you’re cruising on the highway it turns in a quiet and smooth run, using 6.4L of fuel to give you 100km.

There’s something raw and unrefined about the Kodiaq, but that could also be its charm.

Teach Them Well For Tomorrow 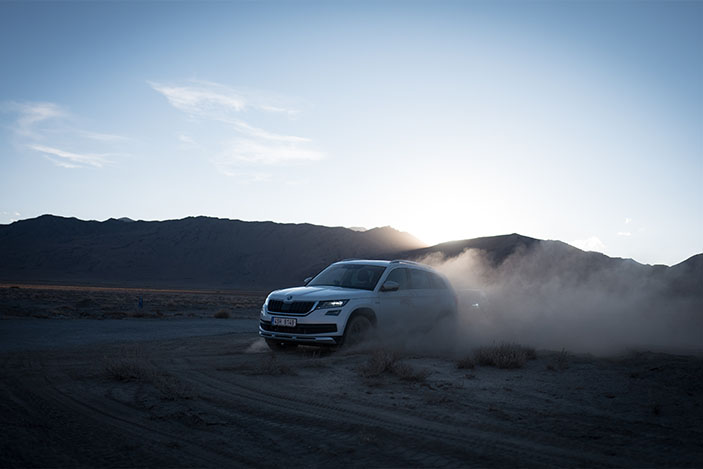