WHILE her business engages in physical security, Charlene Kang is often wondering about the state of online security.

The director of Vault@268 built the high-tech vault to accommodate the needs of those who missed having a physical vault to store their valuables.

With banks scaling down their physical presence and closing their safe-deposit box facilities, many people with loads of valuables were left high, dry and insecure.

Charlene’s business employed the latest in technology to keep the human element out of the 24/7 business.

But with the prevalance of hackers with lots of time on their hands, she has to constantly keep her security system updated.

Charlene was one of the panelists at the inaugural the Nth revolutioN, part of STORM magazine’s Keep It Going series. The topic of discussion was The Good, The Bad And The Ugly Of The Future.

At Vault@268, the provision of a good service comes with the need to maintain a sharp vigil.

While Charlene offers passive monitoring to ensure nothing goes awry, she alerts the audience to the levels of security in the public spaces that watches your every move.

Must-Read Books About The Future

It’s Not Brain Surgery, But We’re Going To Need Some!

She cited the example of Facebook which tracks you when you’re travelling and constantly seeks to verify that you are the right person. 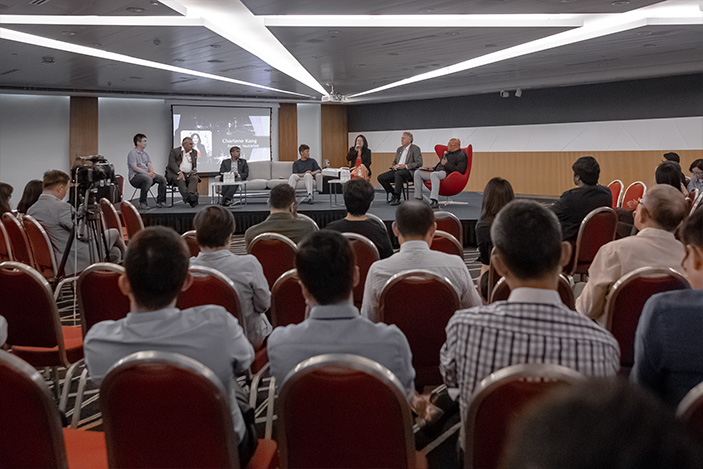 The concept of Big Brother watching has long been in existence, and given that many of today’s technological marvels were originally the stuff of dreams, it shouldn’t be surprising that the reality is Big Brother is watching from a multitude of angles and devices.

Just look at the number of cameras on the roads. And every in-car camera and mobile phone image uploaded serves to keep watch and document.

Like The Police already warned in their 1983 hit Every Breath You Take, your every move is being watched.

More reports on Keep It Going — the Nth revolutioN in the coming days.