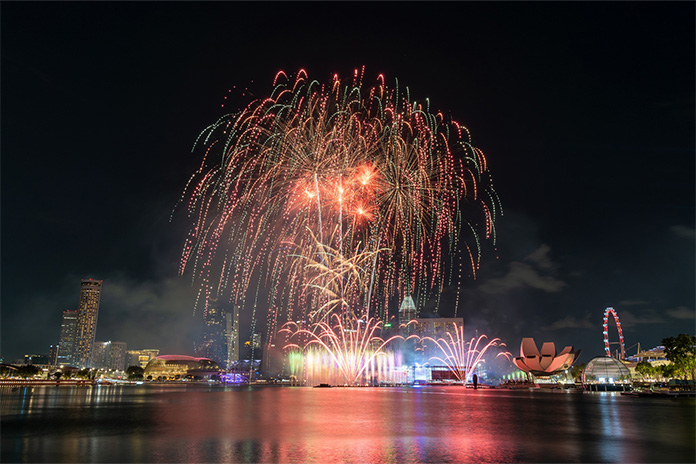 Coming out from the clutches of a crippling pandemic, it’s time to fire up the enthusiasm and raise the collective spirits of the nation. And the latest National Day Parade theme song, Stronger Together by Don Richmond hits the key messages and sets the right note of optimism.

It’s relevant for this year, and maybe the next few years, but what will it mean in a decade or more, when the pandemic is a thing of the past (hopefully) and just a memory of a bad few years on the planet?

We have had national songs trotted out since 1984, when Canadian Hugh Harrison wrote Stand Up For Singapore. That was followed by his composition Count On Me, Singapore (1986) and We are Singapore (1987). The obvious intention, evident in the titles, was to rah-rah the community to work harder, achieve more and climb to greater heights, and these songs were supposed to turn on the switch in the workforce and pump up the patriotism.

Many of these songs, along with the long list of compositions that followed, have become part of the NDP celebrations.

In 1998, Dick Lee’s Home, performed by Kit Chan, was met with critical acclaim and started the trend of national songs veering away from overt patriotism, towards a more pop-infused tone.

Maybe all that in-your-face patriotic fervour had to give way to a more subtle approach for a younger audience who couldn’t directly relate to the rigours and challenges of nation building.

Home is still a popular song, and considered one of the key reference songs for today’s generation of Singaporeans.

What makes for a national song, though? Do we even need them?

Most of the recent national songs come across as emotional pop songs about Singapore. They serve as peripheral reminders of soft power’s role in trying to win over minds. But while they may have some appeal they lack the gravitas that has you rooting for the nation and sinking your roots deeper into society.

Maybe we fail to realise we already have a song that embodies the spirit of the nation.

Zubir Said’s National Anthem, Majulah Singapura, still provides the soul, spirit and aspiration for all generations — past, present and future — to carry with them as they continue to build Singapore.

How many new citizens even understand the meaning of the National Anthem? It’s a song about moving onward in search of happiness. It’s a message of optimism that spans generations in bad times and good.

Main Photo: Smoke On The Water & A Fire In The Sky by Leon Pereira