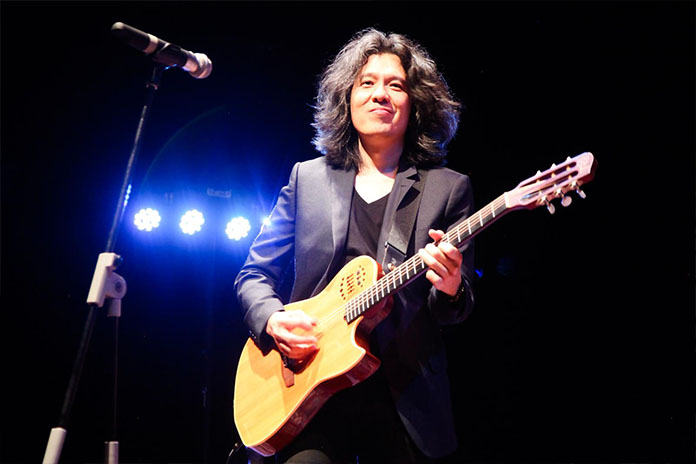 The line up of talent includes veteran axeman Addy Cradle, who is impressed with the young talent who will be on show from 6-8 September at The Malay Heritage Centre..

“I’m very surprised by the amount of good young talents we now have in Singapore. Most of them come with their own ‘voice’,” Addy notes.

He will be performing with one such young talent, Imma Pink. “She has an old-school voice, and we’ll be playing Malay classics.”

The much awarded Addy, who is endorsed by Ibanez guitars, has been one of the industry’s star guitarists but has had to work hard to strike a balance between creativity and commercial viability. He has composed music, recorded albums and worked hard at his craft. So he is under no misconception of the rough road ahead for anyone venturing down this path.

“I can’t say things are going to be bright for every good talent I see. Singapore is a very small country, and our listeners are mostly ‘tuned’ to foreign artistes.

“The way I see it, an artiste has to make it ‘outside’ before being recognised as a ‘deserving’ artiste at home.”

That said, Addy believes platforms like The Sultangate Music Festival give young talent something to look forward to while honing their craft.

This will be a good long term situation.The more people are exposed to local music and arts, the more they will begin to accept local talent. And acceptance means more support.”

The young talent on stage this weekend include two open mic performers from last year’s event. Dakota is a 15-year-old American singer/songwriter while Rxvive is made up of a couple of sisters and their friends. Both will be playing original music.

Bryant, a classically trained pianist mixes in beatboxing for an original sound that is featured on his debut album Cosmic Odyssey. He will be presenting his audio showcase.

For more information on The Sultangate Music Festival, visit their site sultangate.sg

See also  The Cradle Will Rock