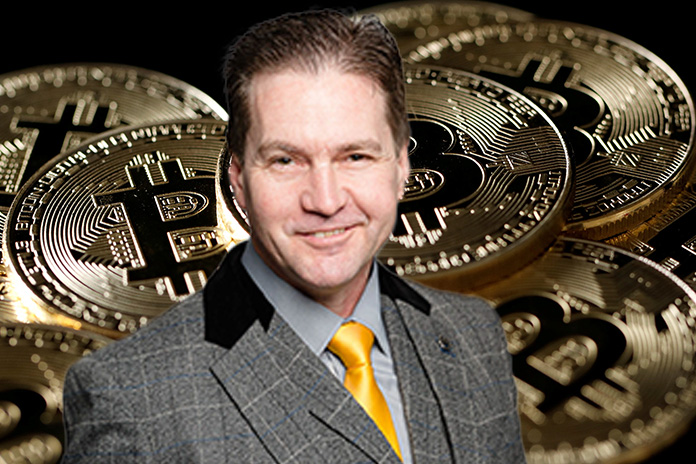 DR. Craig Wright is the founder of crypto-focused start-up nChain and claimant to the moniker of Satoshi Nakomoto.

In this interview with STORM-ASIA.COM, he discussed his BSV project, Bitcoin Satoshi’s Vision, a fork of BTC Bitcoin and his ambition to turn it into the universal digital cash, as well as his opinions on BTC, ETH, and crypto adoption. We also hear his thoughts on the pandemic, vaccines and plans for BRICS currencies.

Here are highlights from the interview. The full discussion can be viewed at the foot of the article.

Dr Wright presented at the Global Web 5.0 Conference in Singapore on 1 November 2022.

“My initial intentions have never changed, as they were laid out in the whitepaper. The project aims to facilitate micropayments with digital cash. Unfortunately people have turned cryptocurrency into a gambling market, and the lack of regulation facilitates this to some extent.”

Is the project where you envisioned it to be?

“No, where I envisioned it to be is billions of people using it and billions of transactions per second.

My roadmap has always been about scaling. What we’re looking at now is, by the end of the decade I want to see the capability to have over a billion transactions sustained a second, average of under 1000th of a cent, and then I don’t care. People will say ‘that’s spam’ etc. Think about it for a second, what is Facebook, what is Instagram, what is Twitter?

If someone is willing to pay for something, even if it’s a very small fraction of a cent, why do you get to dictate what they can and can’t do.”

How long will it take to get to billions of transactions per second?

“That will depend a lot on use. What I’ve been pushing is to help people understand the block subsidy, people put transactions in they don’t get mined for free. Over time I will keep trying to push that so that it becomes adopted, people will want to use it just because it’s so cheap. That’ll start happening in a year and after that, we’ll just keep scaling. So I hope by the end of the decade we will be there.”

What is the ultimate pathway to BSV adoption?

“The concept that you need to think about is, how can we simplify it so that people can get in there and use the system much more easily than they do now. The majority of people use the internet without truly understanding how it works. We need to get the balance with education right and it needs to be end-user friendly.”

Thoughts on the current speculation on Bitcoin?

“They don’t value Bitcoin, they value BTC, that’s a different thing. But they’re not even valuing it, they’re just gambling. Value means that there is some use; you don’t value something for speculation, you speculate hoping that you’ll make money.

The limited supply is largely irrelevant, you have to have use. Supply and demand curves represent the demand of use, the supply available. So this market conversation is complete bunk.

“This is not a market it’s a gambling casino.”

BTC and cryptocurrency have gotten a bad reputation due to their use in funding illegal activities, such as the website Silk Road. Is more public education needed?

“No. That just means that the regulators have to do their job. This isn’t new, unicentral regulations on e-commerce and digital trading go back to 1996. Practically every country outside of a few like Libya have ratified this. Now, effectively what this means is that digital currencies are already covered under law.

People need to stop going, ‘oh it’s decentralised, they can’t do anything about it,’ which is complete bunk. Right now for BTC there are 3 nodes controlling 66% of the network, and between 12 and 13 other nodes.

We have now had 1,300 people globally go to prison because of Silk Road, because they were daft enough to use Bitcoin and think they could get away with it. Every time they moved any of the money they have earned, the police come knocking and someone else goes to prison. That will happen for the next 20 years.

Cryptocurrencies aim to be anonymous, whereas Bitcoin aims to be private. There is still a record, traceability of the cash. People can still try and follow the logged trail the old fashioned way.”

What happens when all the Bitcoin has been mined?

“The [block] subsidy reduces to fees. I want you to think about this for a moment, imagine people are paying 1000th of a cent per transaction, now multiply that by 10 billion transactions sustained per second. Divided by 5 or 6 nodes. Think of the level of money that could create. Something like $1 million a second, divided among all node operators. It’s a rather big industry. It dwarfs Google, it dwarfs Silicon Valley. Someone doing this in the future would be able to use their profitability to buy Silicon Valley.”

BRICS countries are thinking of backing their currencies at least partially with gold and other rare commodities. What do you think of their plans?

“How do you prove reserves? This is always the problem. The proof cannot be there without physical auditing. Even when you have physical assets, historically it has been easy to disguise the true gold content, mixing with other metals to distort the true value of their reserves has been done many times before.”

Watch the full interview below.