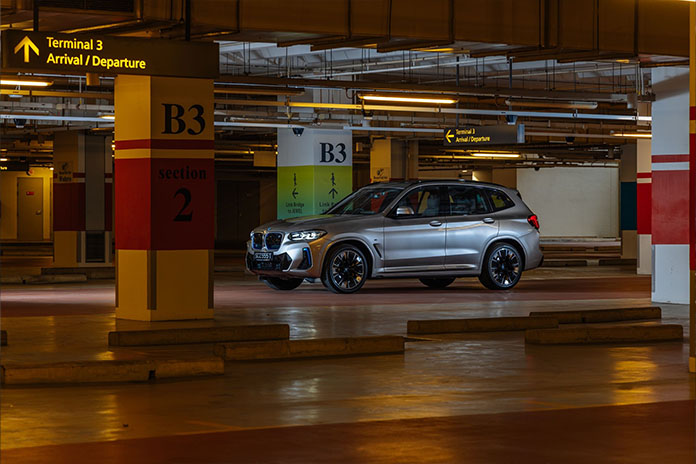 NOT too long after the BMW iX3 was launched in the Singapore market, in August last year, a new version was rolled out earlier this year.

BMW loves its new family look and it wants to get all its models sporting that same DNA. With a new X3 just out of the oven, a new one was also rising to the occasion. 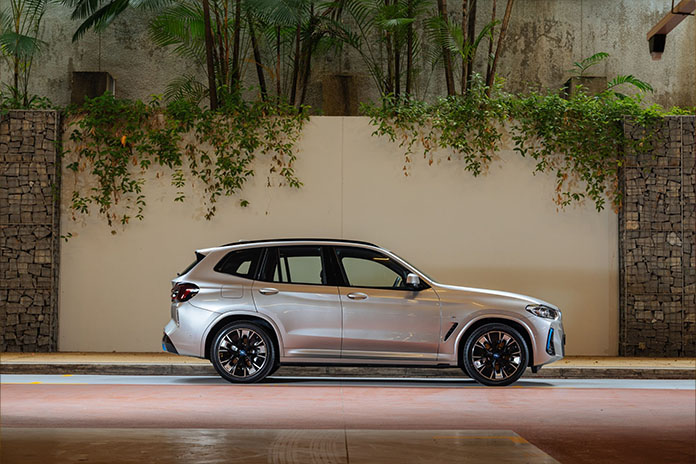 So, out pops the new iX3 and it has been given the right electrifying touches. There’s more prominence of the blue that’s associated with the electric cars, the front grille, like most new BMWs, have been enlarged, odd since EVs don’t need all that much air flowing through since there’s no engine to cool, but now has honking huge nostrils.

There are some other bits reworked externally — the larger air intakes, a new tail and front and duotone wheels. 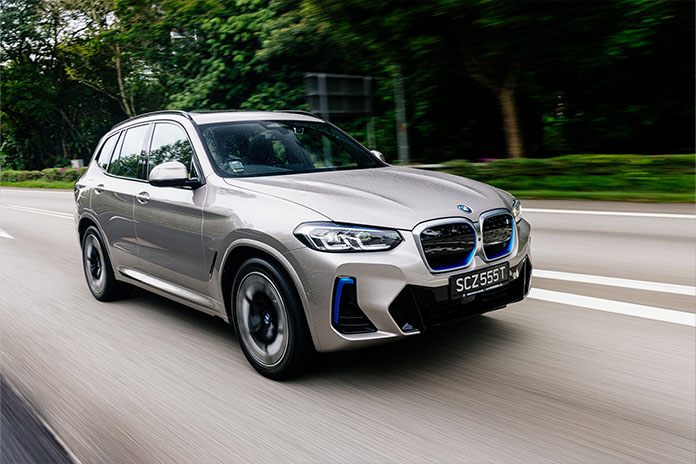 Much of the newness is on the inside. A freshly redone cabin brings the family feel into play again, with blue highlights to remind you of its electric status. 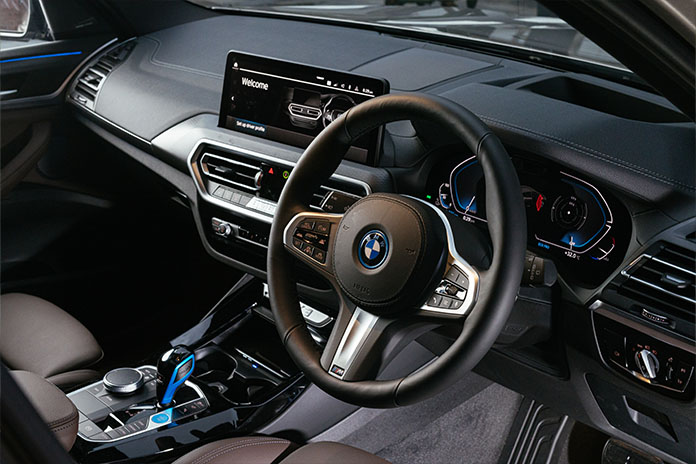 The new BMW operating system 7.0 makes its presence felt, along with a larger 12.3” touchscreen. The centre console has a comforting i-Drive knob, making it easier for those with poor aim when it comes at poking at a touchscreen. 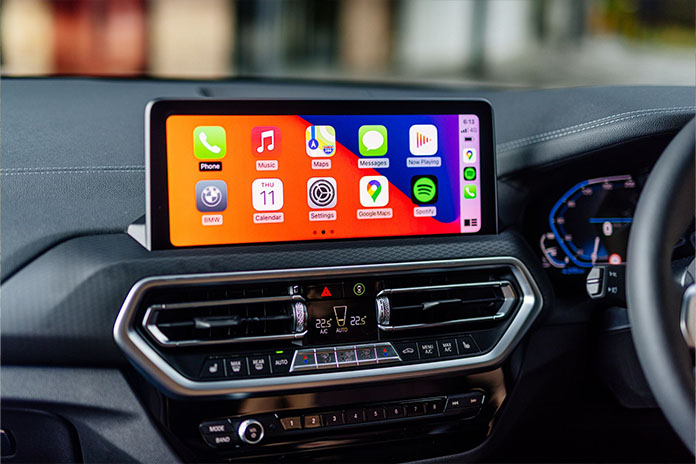 The connectivity is smooth and incorporates Apple CarPlay and Android Auto, which gives you access to heaps of features that can be activated remotely. From checking on the vitals of the car to ventilating the cabin before you start your journey. If you have a compatible iPhone, you can also use it as a digital key to access the car.

The smart leather and aluminium play of materials set the mood for a forward-looking people mover. 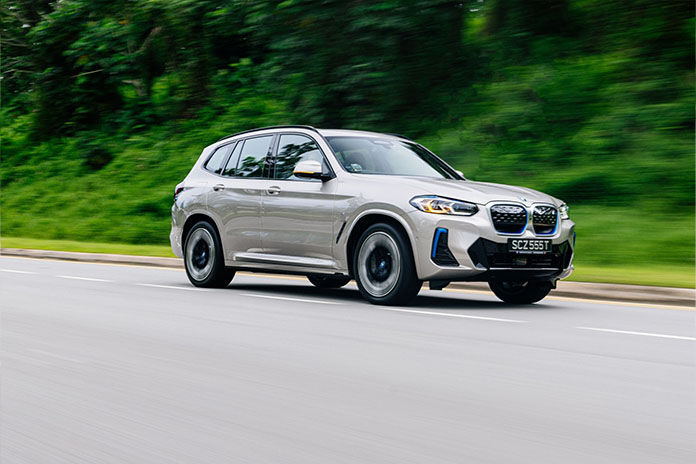 With a range of around 450km, this takes away the anxiety of running out of juice. That should generally keep you running for a week in average city driving.

If you need a quick charge, 10 minutes at a high-power charging station should set you up for a range of 100km. Standard charging at a household socket may require 8 hours for a full charge. 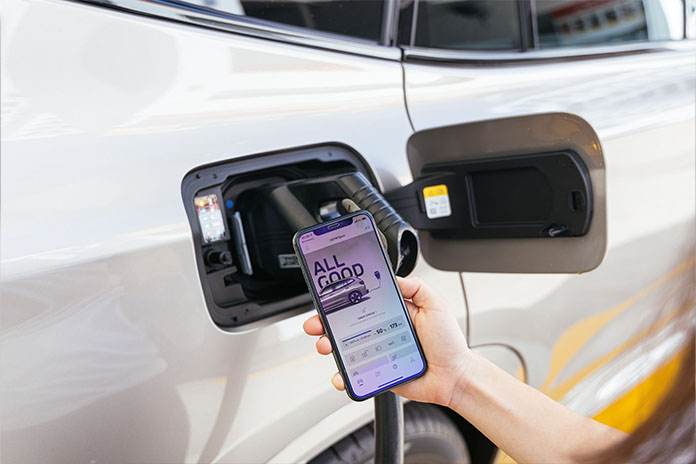 The 210kW power coupled with the immediate 400Nm of torque, to the accompaniment of Hans Zimmer’s specially created soundtrack for the journey, whips you from 0 to 100kmh in a decent 6.8 seconds. You can also pump your own music through the Harman Kardon system to add more feel to the mood.

The general complaint with this and the earlier iX3 is the unsettling lurching ride, especially at low speeds. But in all other respects, you get a great car that is well suited for the urban terrain. Hence, it’s no surprise that the X3 is the largest selling model type for BMW, shoving the 3 Series out of the picture. 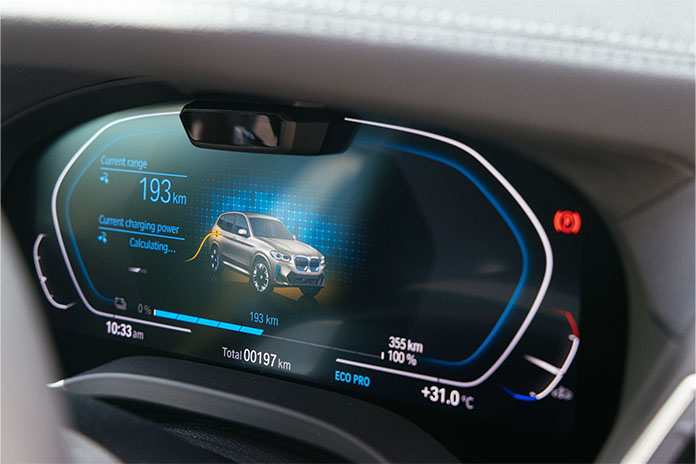 If your preference is for an environmentally-friendly, understated carriage with a decent boot and all the latest in terms of technological wizardry, and you don’t mind shelling out around *$300K for it (for now) then the iX3 could be the way to go. 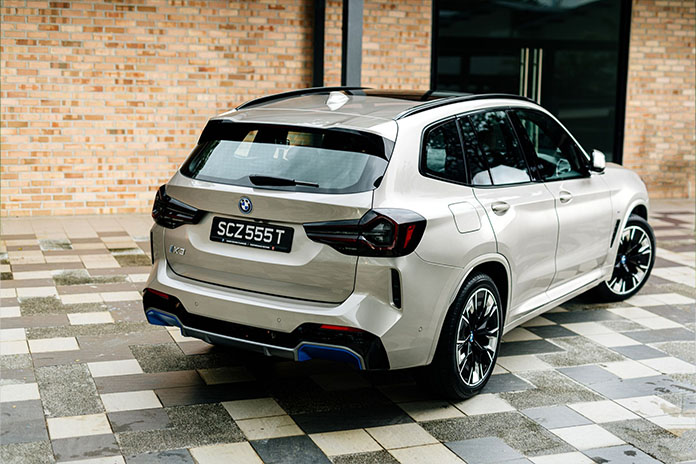