SINGAPORE’S Peter Pan of pop music is in the process of reinventing himself.

As a singer songwriter Dick Lee has thrown his entire being into a career that has spanned five decades of creativity, which, in turn, has led him on an unpredictable journey through various countries and a variety of projects.

From the teenager who jumped at the opportunity to perform at any talent contest, to eventually releasing his first album, Life Story in 1974, it would be a long slog before his eighth album Mad Chinaman would push him into prominence, turning platinum within three months of its release.

Faith in the belief that the right place and time will be determining factors in his life journey has kept him on a path few musicians enjoy. One that has been rich in successes, adulation and accolades.

Jeremy Monteiro, the other stalwart of the Singapore music scene, and another student of St Joseph’s Institution who decided to skip school for music, has a similarly celebrated trajectory.

Both Dick and Jeremy are Cultural Medallion winners and both fly the Singapore flag wherever their talents may take them.

Both have also written songs for National Day Parades. Dick has been the creative director of four of these multi-million-dollar extravaganzas to amplify Singapore’s presence in the world.

Dick’s journey into theatre, show production, film and fashion has given him a wide perspective of the multi-faceted Asian influences that he injects into his projects.

Music would be the mainstay of a career that would result in numerous albums, plays and concerts. His work in Japan and Hong Kong would endear him to overseas audiences and allow him to write songs for many of the key performers like Andy Lau, Sammi Cheng, Anita Mui, and Jackie Cheung.

Dick reckons about 70% of his compositions are Chinese material.

His musicals include a string of familiar titles: Beauty World; Fried Rice Paradise; Forbidden City, which opened the Esplanade Singapore;  Nagraland which toured Japan, Singapore and Hong Kong; and LKY: The Musical.

When you list Dick’s various projects, it’s quite a phenomenal vein of creativity that he’s tapped into.

As the world and the creative scene screeched to an abrupt halt during the covid pandemic, it forced those who had the means to do so, to reflect upon their raison d’etre and to chart new courses of endeavour. The entertainment industry was one of the hardest hit.

Dick realised he’d been so busy working on commissioned projects, he hadn’t had much opportunity to create new music for himself.

The stillness of the pandemic allowed him the time to have another go at creating more pop music, but the challenge of pulling a band together proved an intriguing stumbling block.

Although he’s not big into social media, he used it to form his Instagram band of musicians. 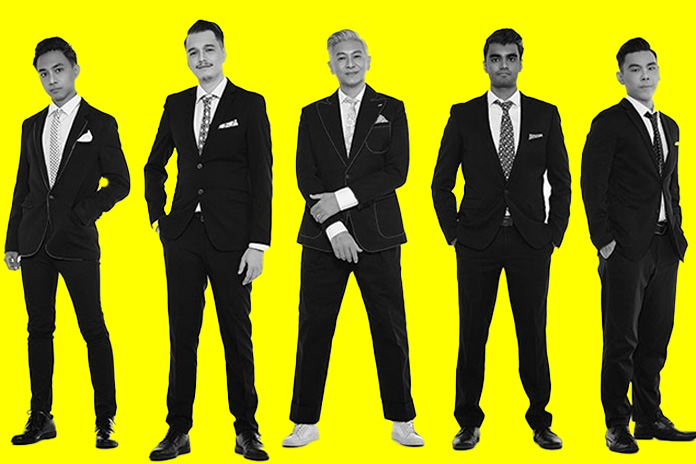 The Omnitones, a four-piece group will be backing him at the Esplanade Concert Hall on  18 June 2022. The one-night concert will feature the new music with the Omnitones and singing group Third Degree, as well as some of Dick’s older compositions.

For those yearning to hear live his national song Home, Dick says they’ll have to wait a little longer.

Watch the interview with Dick Lee who talks about music — evergreen and new — and keeping in musical and physical shape.