IT IS the room most people want to shut the door on, but Jack Sim found international fame and recognition by opening the eyes of the world to what’s behind the toilet door.

The founder of the global non-profit, World Toilet Organization (WTO), is gratified that his effort has seen a heightened awareness of the need for proper sanitation for a developing world, since it was launched on 19 November 2001.

Jack has pushed his global sanitation movement hard, and the date of WTO’s founding has been established as World Toilet Day.

Champion Of The Poor

Jack, who is a panellist at the upcoming Keep It Going: the Nth revolution — The Shape Of The Future? — will be focusing on future business opportunities involving the less fortunate in society.

“The biggest elephant in the room is the global 4 billion poor — fishermen, farmers, slum dwellers,” Jack points out.

“They are actually potential customers who have been neglected by the market.”

Jack maintains that the market continues with competitive and unprofitable businesses that only the big companies and players can win at.

“The concentration of industry is going to a few guys. Go to every shopping centre and you see the same brands —Uniqlo, Starbucks…. Small and medium enterprises (SMEs) are struggling and dying.

“If you imagine this as an ecosystem, the genome of the ecosystem is depleting.”

Jack stresses that the solution lies in raising the opportunities for the 4 billion customers at the base of the pyramid (BOP).

Jack takes on a more business-minded approach when it comes to raising the plight of the less fortunate.

“If you impoverish your customer, after a while you won’t have any customers. If you enrich them, they increase your customer base.”

Jack wants to improve the lot of the BOP population by connecting them to a formal market place.

“They have no access to market, they have no wifi or water. And they work with middlemen who ‘value-add’ by offering high-interest loans and take the profits from this group.

“The world is not fair because people try and corner the market. With the Internet, people should have direct access to each other. Today’s consumer likes to know that what they are buying is helping someone.”

Opportunities Under One Roof

Jack is building the BOP Hub at Ubi in Singapore. The $10 million building is due to open in the second half of 2019, and will be the “world trade centre for the poor”.

“It will be filled with people interested in BOP businesses and will organise trade missions, conferences and training.”

Jack draws parallels with what Jack Ma’s Alibaba Group is doing with the Taobao Marketplace, which brings small businesses and consumers into direct contact with each other.

“This is not a charity. It’s for profit,” Jack stresses.

He is applying an important lesson learnt from Singapore’s first Prime Minister Lee Kuan Yew when building the fledgling nation.

“Lee Kuan Yew refused foreign aid. But he wanted foreign investment. Other countries that received aid have seen their poverty levels worsen as a result of the ensuing debt to the lenders.

“Aid is an infiltration strategy. It’s how colonisation worked. The missionaries come to give aid, they spread religion and the military arrived to protect the missionaries. Eventually they conquered the land.”

By helping to mobilise this BOP workforce to fend for itself, Jack is hoping to see more ground-up activity that will stir business opportunities in the global economy. He believes the future rests with those who understand the value of collaboration.

For his high-profile efforts to raise awareness for the various causes he champions, Jack will be heading to Canada next month for the film premiere of Mister Toilet: The World’s #2 Man, at the Canadian International Documenatry Festival. In October, his biography, Mr Toilet, will be released by the PHP Institute in Japan. 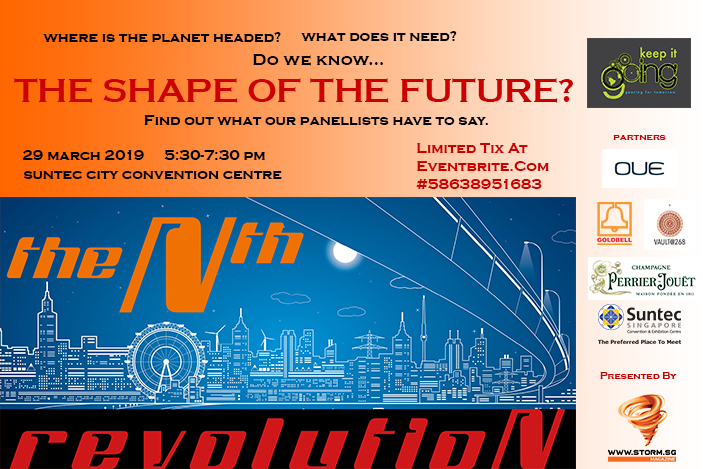