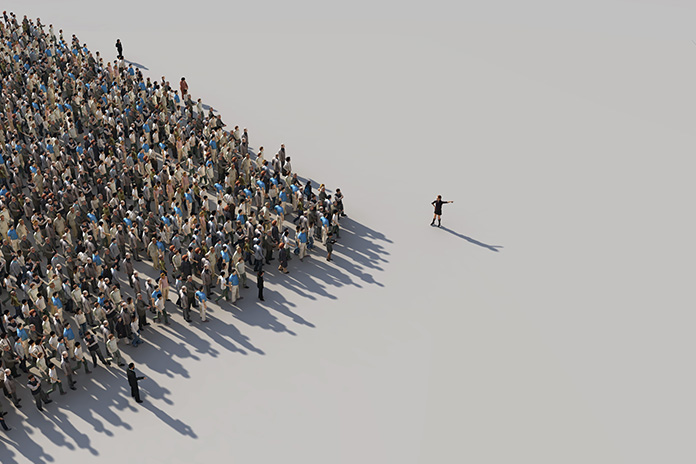 MANY highly educated individuals I have worked with — in key positions in organisations — have the tendency to go all over the place, so to speak, when they communicate.

My sense is that this is a result of three related factors.

1. They Are Unclear About Their Objective

I worked with the CEO of an MNC during the 1997/8 economic downturn. She had to address over 6,000 staff members in about nine countries via web-TV. I was surprised when she showed me the draft of her speech. It was full of facts and data about company performance, targets, and actions that needed to be taken.

It was dry, cold and preachy. I asked her what she hoped to achieve with this speech.

From her response it was evident she hadn’t given any thought to it. After two hours of discussion, she told me that staff morale was very low and she needed to give them a reason to hope.

Bingo! I reminded her that it is always useful to have one clear objective in mind before drafting a speech.

Focus is crucial, for by trying to say everything, you end up saying nothing!

She realised that if giving hope was her sole objective, more than half of her slides showing facts and figures were irrelevant and likely to distract. She almost immediately had a clearer idea of what she needed to say — the narrative.

You need to know the profile of your audience — the age group, socio-economic status and the median point, the average language proficiency, the mood and level of receptivity to you and what you wish to convey.

I asked the CEO to tell me about the staff she would be speaking to. As we spoke, it became evident that the language used in her speech was too sophisticated for those in countries such as Japan, Korea and Thailand for whom English is not the lingua franca.

She also told me that staff morale was low mainly because there was a perception that many of the company’s problems were due to bad management and confusion arising from a recent restructuring that hadn’t won the buy-in from staff.

In other words, the CEO would be addressing a “hostile” audience.

I asked her to put herself in the shoes of the audience. If she were a staff member, how would she take the CEO’s speech as it had been drafted?

She admitted that she would have felt upset and disillusioned because she would have perceived that the CEO was shifting blame onto the staff. This was clearly not her intention. She realised that she needed to begin the speech with some level of admission of responsibility for the state of things, to motivate the audience to raise their antennae.

She would also say “we” as opposed to “you”, and highlight more what the organisation and management would be doing to correct the situation.

This is surprising but true. In strategic communications parlance, this is called the message. Focus is important, and this comes from having one clear, core message, not multiple messages, as often is the case.

The message can have key arguments to support and substantiate it. Just as important as having one message is to have the right message that helps you achieve your objective and desired outcome. How do you determine this?

Ask yourself this question: What is the single most important thing the audience in its present frame of mind needs to hear from me for me to achieve my objective?

Let’s go back to the story of the CEO. Needless to say she didn’t have a message. Instead, she rattled off a whole string of points she wanted her staff to understand.

I asked her what they, in their current negative disposition, needed to hear to give them hope, which was her objective. After some discussion, she told me she needed them to know that management assumed responsibility to turn the situation around and she was confident they would succeed, but only if they got the full backing of their staff. And this could only happen if management and staff were driven by the belief that the company would succeed.

Also In this Series:

Preparation Is Key For A Leader