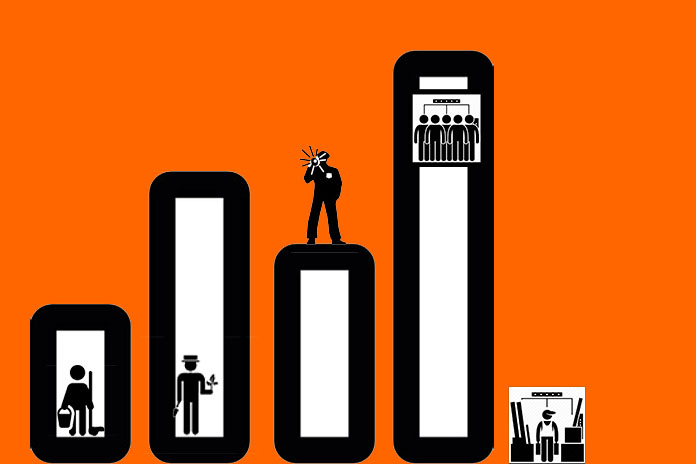 HOW much should be put into looking after those in need in society?

The discussions around introducing a minimum wage policy have been going on for some years.

While some countries have introduced a minimum wage to ensure a basic income level for work done, it has also been imperfect, as employers can adjust the number of hours worked to keep from overtaxing their own resources.

Minimum wage provides for the sustenance of life, including some measure of  education, medical requirements and amenities.

A fair wage is somewhere above the minimum wage but below the living wage.

A living wage is one which should enable the earner to provide for himself and his family not only the bare essentials of food, clothing and shelter but a  measure of frugal comfort including education and health protection for his children and a measure of insurance against the ills of old age.

Singapore has cast these aside, opting for its own brand of controlled relief for select classes of workers, the Progressive Wage Model.

But is this enough?

While there are numerous arguments from the government for its decisions, it does leave a lot of people in a precarious position, as their fortunes spiral down as a result of the COVID-19 pandemic.

STORM-ASIA gathers a selection of views on the topic.

Speed Up The Process

Given that Progressive Wage Model Plus was recently announced, and with the economic hardship faced by businesses due to the COVID-19 pandemic, I think that a minimum wage will not be considered in Singapore any time soon.

Thus, I will share my thoughts on some issues at hand and how, given the current policies, we can perhaps speed up towards paying low wage workers better.

The Progressive Wage Model Mark is Singapore’s pragmatic alternative to a minimum wage.

Rather than lifting wages through a legislation, the Progressive Wage Model Mark is based on voluntary adoption. This gives employers time to come on board. This is also a hallmark of Progressive Wage Model, which works through the tripartite partnership of government, employers and the National Trades Union Congress (NTUC), to iron out issues to ensure success before implementation.

However, it takes a long time for all parties to be on board. The Progressive Wage Model was initiated as a guideline in 2012, and was legislated only from 2015 in three sectors — security, cleaning and landscaping. Now, in 2020, only one more sector, that for lift technicians, is in the pipeline.

Therefore, I fear that the PWM Mark will take too long to make the needed wage corrections.

In my research on the impact of Progressive Wage Model in the cleaning sector, one employer told me that before it was instituted, the authorities had persistently encouraged businesses to send workers for training and pay higher wages. But “nobody did until it was legislated”.

According to that employer, unless higher wages are legislated, there will always be employers who underbid with extremely low wages. Thus, companies that do want to pay higher wages will lose out and be forced to also pay lower wages. It’s a race to the bottom.

Whether minimum wage or Progressive Wage Model, a wage floor also does not address other causes of low wages.

First, for many businesses, besides wages costs, escalating rental costs is the other major challenge. It can lead to wage containment as a response to rental inflation. It is also a worse source of consumer price inflation, because for the low-income consumer, if one’s salary rises along with prices, one can better afford the higher prices than if prices rise without a commensurate rise in wages.

Rental costs needs to be addressed as part of the solution.

Now that we have the PWM Mark, as consumers, we all have a role to play by supporting businesses with that mark, even if their prices are higher. This signals that we support higher wages for low-skilled workers, whose important work has been undervalued for way too long. Perhaps we can then speed up our pragmatic process towards something akin to a minimum wage.

What Are The Parameters?

Dr Jamus Lim of the Worker’s Party brought out a fairly contentious point about the possible effects that minimum wage would have on employment in Parliament. From the research I did, he isn’t wrong when he says that its implementation and the raising of MW has not caused any clear effects on unemployment.

It depends on each country’s context but the overall meta studies show that the effect differs widely based on various time periods, geographies and methodologies. This however might have been slightly difficult for the speakers who sought clarity from him, since we’ve been rather used to comparing with other countries or using them as a benchmark to try and see if we are ‘right’ (or better).

While academically, there might not be a clear consensus on its employment effects, we cannot just use a theoretical approach to this question.

Instead, more discussions have to be carried out with various stakeholders in different industries, such as business owners, unions as well as the workers on the ground whom this policy is meant to benefit. These feasibility studies will then truly add weight to debate and hopefully bring us closer to a final answer on whether this policy is for Singapore or not.

It is generally a good idea for a first world economy to set a minimum wage and specify the planned increased rate for the coming year so that companies can plan for them.

Minimum wage will go some way to minimise the yawning gap between wages paid for essential service providers and other non-essential roles (like that of investment banking). Singaporeans can take on these jobs instead of importing low cost foreign labour. Planned rising costs will spur innovation to rely less on these job roles.

The progressive wage model versus the minimum wage model are two sides of the same coin; both aim to be socially just.

The problem with PWM is the assymetry of bargaining power of the worker; he or she is dependent on the employer who purportedly sets the pay according to market rates for relevant skills.

The wage market is naturally tilted in favour of the employer and so pay rise for skill will tend to be low. Incentive for technological and structural productivity enhancement given relatively plentiful cheaper labour supply is inhibited unless wage levels are artificially raised sectorially to force technology enhanced productivity.

Also Watch Tay Kheng Soon in the WED WEB CHAT — What Kind Of Society Do You Want?

Will The Right People Benefit?

A significant amount of minimum wage workers in other developed countries are not actually “poor”, e.g. teenagers working part-time to get extra pocket money even though their parents are earning enough to support them comfortably. Thus, implementing minimum wage may end up benefitting those who do not truly need it.

Research has shown that minimum wage is a blunt tool that would only be more effective as part of a comprehensive poverty plan.

I do not agree with the government’s progressive wage model because it only targets certain sectors, which in my opinion is biased. And because it is targeted, the government sometimes does not realise what sectors really need help versus those “they think” need help.

Even with the Progressive Wage Model, there is no guarantee that the workers will be paid the amount because it is a “contracted” price vs actual payout.

I think the minimum wage is a fairer, more transparent scheme, but it does mean that the costs, in general, will likely increase. And, ultimately, consumers will bear those costs.  However, the bigger picture is really what’s a minimum sustainable living wage that’s considered reasonable for a country like Singapore.