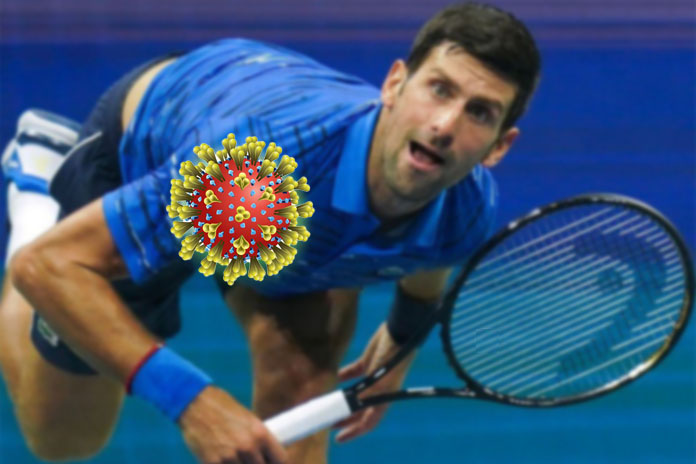 THE Novak Djokovic pre-tournament drama Down Under offered some unexpected entertainment for the neutrals watching from the sidelines.

Having been served his marching orders by the Full Federal Court of Australia, the number one tennis player had to wing off “extremely disappointed” immediately after his visa was cancelled by a Sunday tribunal.

Djokovic was hoping to win his 10th Australian Open title, which would also have put him ahead of Rafael Nadal and Roger Federer; all three are currently tied on 20 career grand slam titles.

The land of kangaroos and koalas has been going through some tough measures to curb the spread of the various mutations of COVID-19 and wasn’t in the mood to let a rich athlete weave through any loopholes and get his way.

Despite having his legal team handy, Djokovic was up against an unrelenting opponent. To the impartial observer, it was almost a no-hoper for him. The tennis ace hoped that having caught COVID-19 he would be exempt from requiring the vaccinations to enter the country and could try and win a fourth successive Australian Open, which starts today. Which was why he was granted the visa initially.

Once he landed in Melbourne, he found himself put through the immigration mill before being tossed into a detention facility.

He was released on a technicality, but when you’re up against the system you can expect there will be many avenues for it to get to its end game.

Eventually, Australia’s Immigration Minister Alex Hawke, who cancelled Djokovic’s visa, got what he wanted, and the Serbian tennis star was sent packing, ending the 11-day saga.

In a highly politicized situation watched globally, and with an Australian population already put through heavy restrictions and requirements to vaccinate, there could only be one outcome.

In court, the government’s argument for considering Djokovic a public risk was his alleged anti-vaccination status and that he was an “icon for the anti-vax community”.

A deportation is usually accompanied by a three-year ban, which, if imposed, would mean the 34-year-old’s favourite tournament could be slipping out of reach. In any case, the way COVID-19 is going, there’s no guarantee that the requirements to be vaccinated will be relaxed anytime soon.

While Australia, like many other countries, realises it has to live with COVID as an endemic, that still means living with it as a vaccinated person. Already in countries adopting that approach, the system’s noose is tightening for the unvaccinated who are not allowed into offices and most public spaces. The use of technology to trace and monitor this new class of non-conforming offenders is being ramped up — “for their own safety”, of course.

The system is set up not to fail.