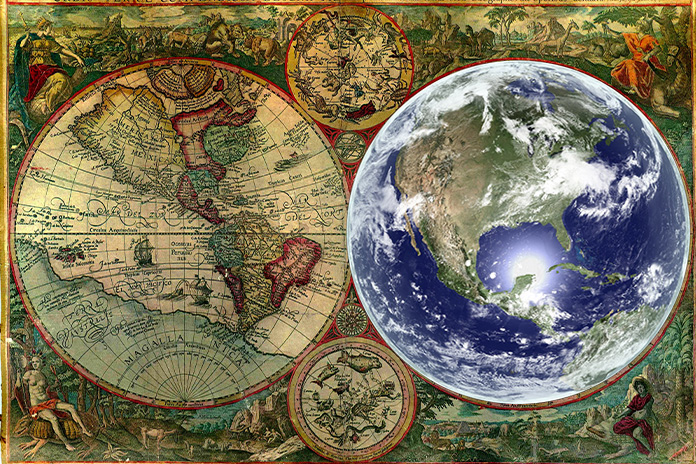 IN discussions, history offers a convenient fallback position to underscore a point.

It’s easy to pull up past facts to launch into an argument and conveniently weave that historical knowledge into a current situation and make it sound like what happened in the past will result in a similar outcome in the current situation.

Many times you could win the argument with just this simple sleight-of-hand move, when presented with an authoritative flourish.

It’s done in talk shows, in schools, in business, sport…it’s a neat trick for many situations.

Would the tension between US and Russia result in things going back to the old ways of nuclear threats and a cold war?

History may repeat itself to some extent in general principles, but seldom ever in the specifics. There are new players and the environment has changed with enhanced technology and capability. More people have spent time in each other’s countries, so there’s a greater level of inter-personal relationships which will lessen the likelihood of one side being viewed as “the enemy”.

People have changed over the decades and generations.

Where soldiers would blindly protect the country for the benefit of aging veterans with lots to lose, today people would rather run away than be dragged into another nasty, unnecessary and stupid war.

The same tactic of using history is often used in business.

Which companies should you put your money on in the stock market?

Look at those that have fared well in the past and follow the trail home, as a rule of thumb? Those who have their analysts on speed dial would be picking up tips from them. Maybe they can explain why the Dot-com bubble, or the 2008 financial crisis or the 2020 Coronavirus crash couldn’t have been avoided.

One of the most visible areas where historical data is used as a crystal ball for future performance is in sport. How will this weekend’s big match between the top two teams in the league play out? Pundits will go through a whole chunk of data, analysing past information and previous performances as if once-upon-a-time players, managers and numbers are really going to shed light on the final outcome.

Take some of the recent results in major sporting events, and you’ll see that this use of historical data is just a show.

It’s a great set up, a smokescreen, a display of patterns and data to dazzle you. To mesmerize you into believing the words of a few who spotted a pattern and want everyone else to believe it.

In the end, it’s what takes place on the field of play that will determine the outcome.

Players change, rules change, the whole world goes through change; sometimes so seismic, the old rules have to be rewritten.

Historical data may result in the emergence of certain patterns of behaviour, but while it is good for putting things into perspective, it shouldn’t be the basis for predicting the outcome of what’s going to happen today or tomorrow.

Unless you are tempting history to repeat itself.