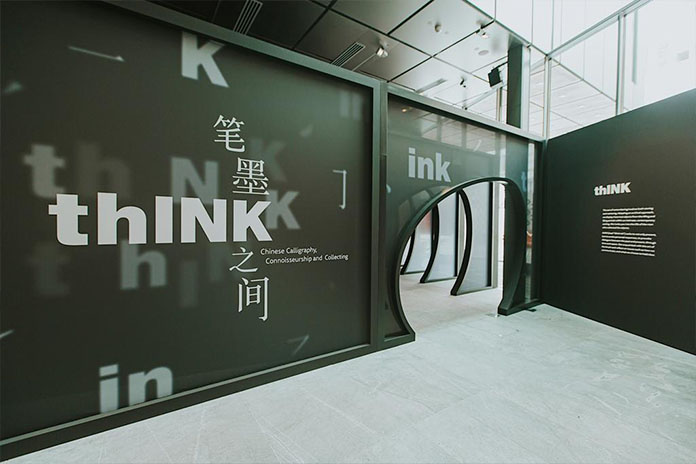 THOSE who appreciate Chinese calligraphy will find a treasure trove of historical works spanning China’s Ming and Qing dynasties at the Asian Civilisations Museum.

I spent a ZOOM afternoon with this unassuming Chinese physician and his son, Earnest, reminiscent of hit TV drama series The Story of Yanxi Palace.

Born in Beijing in 1945 and now based in Hong Kong, Dr Yuan brought me along a virtual ride packing my right brain with ambition to churn out a rare Imperial Concubine Yang Guifei romantic letter.

ALSO READ: Art On The Back Of A Turtle

Says Dr Yuan: “The direct modern recipient of my Father’s collection is my son Earnest Yuan Yi Cheng, who continues this responsibility of preserving historical treasures for the family.”

“Born in 1881, my father had a wide network of important artists and dealers of that time. He started this invaluable collection of Chinese historical artworks and artefacts of which many objects are simply not available for purchase in the market today.

“Thus, the palace’s literati way of life is exquisite for the young people of this century who may be more exposed to other more popular antiques such as pretty vases. Sharing my Father’s reverence for Chinese history and culture, I agreed to this interview because I admire how Singapore in 2021 still understands the crux of historical writings in its artistic endeavour and the glorious importance of eloquent military correspondence.”

ALSO WATCH: Building On Lessons From 2020

I am trained in Western calligraphy but am moved by Chinese calligraphy.

Dr Yuan admires both, but explains that while “both categories of calligraphy aspire towards beauty, Chinese calligraphy is very particular in all of its 9,353 characters, while today most can communicate at most 3,000 or 5,000.”

Through this collection, we observe works by notable calligraphers such as Zhou Shun Chang the sage. Zhou was a vital and gutsy figure in the Ming Dynasty, even when he was writing to the esteemed Emperor on quelling rebels. There is a certain flavour to his writing. His strokes are rounded to the eye and as he presses down calmly on his emotions including bitterness, he delicately morphs inside each Chinese character written. Combining the mind and heart when releasing meaning in calligraphy, one then speaks from it with great depth.

“He came to our house with his uncle Zaitao to play chess after the Revolution imprisoned him. My Father had said to me then, ‘Watch your manners.’

“It’s not easy being a benevolent Emperor who must know the three understandings of Heaven, Earth and Humanity. History would be different now had the throne remained unshaken.”

thINK: Chinese Calligraphy, Connoisseurship, and Collecting is currently on show at the Asian Civilisations Museum (ACM) till 25 April 2021.