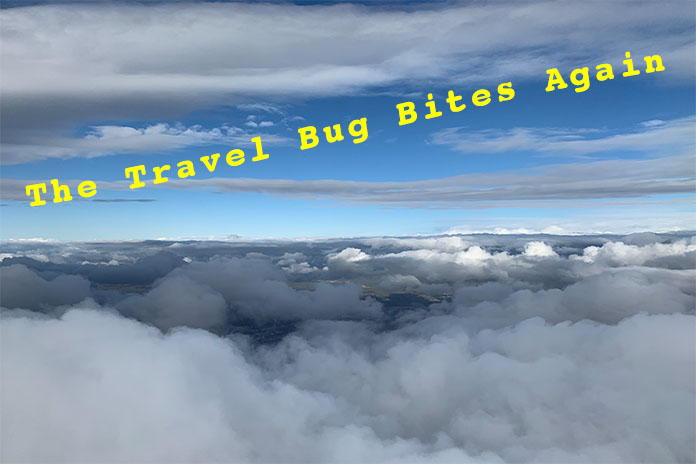 WHILE there’s a buzz in the air about the possibility of travelling again, it’s far from the heyday of wanton wandering where boarding budget flights was like hopping on a bus, and weekend jaunts to regional hot spots seemed the natural thing to do.

Since COVID-19 has inserted itself globally, people have been held to ransom by government measures aimed at curbing the effects of the pandemic. It’s coming to two years, and we are still not sure of the path ahead.

Vaccinations, booster shots, social distancing, restrictions, and now even lions coming down with COVID-19. And the virus still continues to spread; from pandemic to endemic, we are beginning to learn to live with it.

Many Western countries have opened up their borders to travel, but in Southeast Asia, it’s all been fairly tightly controlled. Higher vaccination rates haven’t resulted in a much greater  freer movement of people across borders. It’s only in recent months that some markets have started testing the waters by opening vaccinated travel lanes and sandboxes.

Airports In For A Heavy Landing

The slow opening up of the  borders in Southeast Asia has impacted airports in the region. Those with some measure of domestic travel, like Indonesia and Thailand, have seen continued, albeit diminished, business.

Singapore’s Changi Airport ranked 13th globally for airport capacity, in Nov 2019, according to data by OAG, but has tumbled to 116th spot in Nov 2021. As Singapore is a mono-destination, it’s heavily reliant upon other markets opening up for business.

ALSO READ: The Big Battle With The Big C

China dominated the rankings for airport business in recent months, the result of easing of restrictions and a healthy domestic market.

Airlines have endured a turbulent couple of years, and are slowly trying to take off again.

But the recent spike in positive COVID-19 cases in Singapore could leave those with European year-end travel plans in a state of flux. The Council of the European Union has taken Singapore off the list of countries allowed to travel freely into the EU countries. Denmark has imposed a quarantine on travellers from Singapore. This list is updated fortnightly.

Consumer research and analytics company, Milieu Insight, conducted a survey of 1,000 Singapore residents about their travel plans and hesitations.

Based on its findings, expect your luggage to be in storage for a bit longer.

Even if international restrictions are lifted, more than 60% of those polled were still unlikely to book a vacation in the next couple of months.

Price and flexibility to change their tickets were still high on the list of considerations. But close behind these factors were the transparency of additional charges and restrictions, airline hygiene practices, and availability of direct flights. The brand of airline was of least importance.

A strong desire to travel was shown by those aged under 35. Two-thirds of those polled were keen to head overseas on vacation, presumably after the situation stabilizes. This  desire dropped as the age went up, with only 36% over the age of 55 wishing to travel.

Among the reasons for not wishing to travel are fear of catching COVID-19 while abroad, and the inconvenience of the new measures, which accounted for 76% of the votes.

The travel sentiment may change as more options open up and if signs of the battle against COVID-19 seem to be favouring humans.