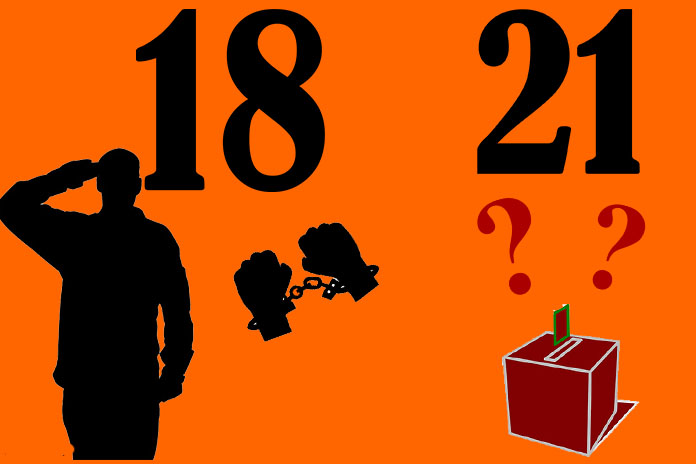 WHAT resonated most with me after watching the live WED WEB CHAT session Election over…What’s next?, is that the younger generation needs to be represented in politics.

The discussion highlighted how politics shouldn’t be dominated by those who come from relatively well-off backgrounds, that the people being spoken for should be represented by those who understand them best: a bottoms-up approach.

So why shouldn’t the same be said for my generation, the next wave of voters?

Each age group faces unique challenges, especially now in the midst of a global pandemic, with job losses and business failures. With the gig economy and self-employment (often through social media platforms) on the rise, uncertain income streams throw future stability into doubt. Issues around jobs, housing and health become more critical and potentially painful for larger groups of people.

The simple answer would be for us to join politics.

Yet, there seems to be a huge reluctance to do so. Words like ‘messy’ or ‘unfulfilling’ get thrown around so often they form a barricade around the subject as if it were preposterous to even consider going into politics.

GE2020 may have made things better and worse for the younger generation getting into politics.

The added weight given by the mainstream media to academics and politicians, so much so what they say is taken as fact, is skewing the role of media. Meanwhile, alternative media and social media, sometimes sensationalise seemingly trivial incidents, such as Trade and Industry Minister Chan Chun Sing saying cotton comes from sheep, and distracting from the real issues of the day.

There is vital need for politics in the media to be constructive rather than merely trying to incite the emotions of the audience.

However, what comes from only dwelling on the messiness of politics is a sense of powerlessness. Is anything going to change? I wonder.

The one sure way of beginning to effect change would be to lower the voting age from 21 to 18, compatible with the rest of the world. Bringing the right to vote closer to the age when most would have finished with school, would sharpen the focus on being an active participant in politics and help kindle an awareness of social issues at a younger age.

18-year-olds are treated and tried as adults under the criminal justice system.

18-year-olds boys fresh out of school are required to enlist and can bear arms in service of the nation.

It seems arbitrary that voting is pushed back 3 years.

While schools have already incorporated ways to get students to think about problems in society, I cannot recall learning specifically on politics in Singapore other than a few lessons on the basics of how the Singapore parliament works during social studies.

It would seem that we treat how the government and politics currently work with way less introspection and depth than we do in learning the history of other countries.

But we cannot look at our own present state as if it were a piece of history to be learnt; it is vital that we all have a personal stake in it and learn how to navigate it effectively.

ALSO WATCH: WED WEB CHAT — When Will We Have Happy Music?

How The Media Can Help

The media can be used to reach out and garner more interest from my generation.

Social media, especially, has played a huge part in getting younger audiences to understand politicians and their policies through short clips on the Internet and easily accessible videos on YouTube. What comes to mind are the video clips of Jamus Lim’s quick witty rebuttals in the debate against Dr Vivian Balakrishnan which gained him much popularity especially with the younger generation.

Yet, with our culture of short videos (like the rise of TikTok and previously Vine with its 6-second videos) and Internet memes, there is a danger of taking headlines and online information at face value, without looking into it in more depth and with a critical eye.

My generation and politics are still uncomfortable bed fellows.

The problems that we face are inextricably linked to our culture, which has been transformed by globalisation and the Internet. Education is often the default solution but it remains to be seen if it can give us the change we need. And deliver the push to become more active in weaving the political fabric.

Maxine Avasadanond is a University College of London law student.

If you have a point of view on a current topic, or think someone you know could present a thought-provoking perspective on the subject, please email editor@storm-asia.com with contact details and a short summary.